ATLANTA - Most baseball players need plenty of work at spring training to be ready to play. In order for David Buchanan to get on the field, he had to stay in his apartment for two weeks straight.

"Our translators would come and drop off groceries at the door," said Buchanan, a former Fayette County High School and Georgia State standout pitcher.

Buchanan came out of quarantine ready to play ball; and the world is ready with him. The former Philadelphia Phillies pitcher is part of the Samsung Lions, part of the Korea Baseball Organization. The KBO started their season on Tuesday, with a game being broadcast live on ESPN -- and more scheduled to air to a live sports-starved public.

The league is one of the extremely few live team sport leagues playing right now anywhere on the planet, as coronavirus has forced nearly all of them to suspend play.

"Now you're playing for the world," said Buchanan. "It's almost a responsibility. It's a privilege." 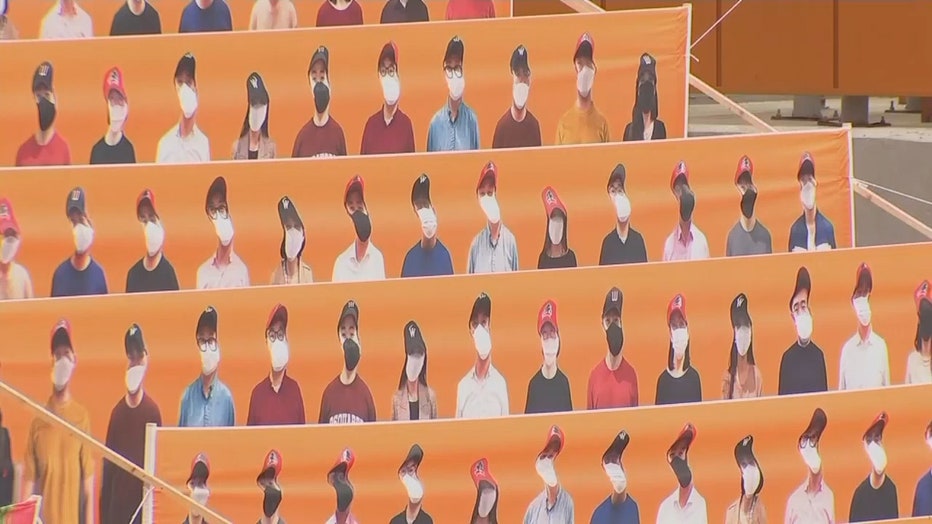 It also will be different. There are no fans in the stadiums at KBO games, at least for now. Video boards show live cameras of fans watching from home.

"We're not allowed to spit, not allowed to give high fives, some of the coaches have to wear face masks," said KT Wiz outfielder Mel Rojas, Jr., a former Braves minor league player. "We can't make contact with umpires or players from the other team. In the clubhouse we're supposed to be wearing face masks."

While South Korea is able to get baseball back on the field, it might be a little while before the United States can do the same. South Korea's government reports single-digit new COVID-19 cases on many recent days. While the U.S. is larger, it's still not at that point.

"I feel like, through sports, we can influence people," said Rojas. "First of all entertain people. Stay safe, stay at home, have something to watch."

Buchanan is scheduled to start on the mound in Thursday's game for the Samsung Lions, a game that is set to be televised in the U.S. His wife and young son are on the way to South Korea to join him, which he can't wait for. He will have to wait a little longer, though, as his wife Ashley and their son will be quarantined for 14 days.

"It's a serious thing," said Buchanan. "I can't be seen with her. The government can fine us and deport us. Plus, my contract with the team would be voided. It's a huge deal."

It's one of many precautions, as some of our local athletes help bring sports, and perhaps eventually more, back to normal.