“I knew early in my life that my parents could not afford to pay for me to go to college, and I knew that was my meal ticket to college,” Wilburn said recently at her home in Memphis.

She grew up in Atlanta’s Fourth Ward, the daughter of a mother who ironed men’s clothes at a laundry and a father who worked in construction. She went to now-closed Howard High School and was twice the Georgia State High School Track Long Jump Champion in 1952 and 1953.

Howard is also where she met another inspiration for her Olympic runs: Mary McNabb, who went on to run in the 200-meter run and the 400-meter relay in the 1952 Olympics in Helsinki, Finland.

“She was the first Olympian. Now, she was an alternate on that 1952 Olympics, but I just admired her so much,” recalled Wilburn. “And I just wanted to be like Mary.”

And as Wilburn went on to Tennessee State as a captain of the famed Tigerbelles, she had a similar effect on others. Edith McGuire Duvall, who was a Tigerbelle after Wilburn had graduated, remembers a film session before she ever met the woman who would become a good friend later in life.

“She was among those girls (in the coach’s film), but I didn’t know her personally at the time,” Duvall said. “But I said to myself, ‘I want to be one of those.’”

“Attending Tennessee State University is like being in your family,” said Wilburn. “Everybody cares for each other, they help each other and they love each other.”

Many of her Tennessee State peers joined her at the 1956 summer Olympics in Melbourne, Australia. Wilburn was part of the all-Tigerbelle, bronze-medal-winning 4 x 100 relay team, but she did not qualify in her signature event, the long jump, after setting a U.S. record of 19 feet, four inches earlier that year.

“When I left America, I thought I was on my way to a gold medal in Melbourne,” she said. “I could not lift, I had no speed, I don’t know what happened. But I did not win a medal in the long jump. And I was the American record holder, had been the record holder. And I still cannot let that go. That has still been a part of my life that has been with me and I cannot let go, because I am supposed to be one who had won the gold medal.” 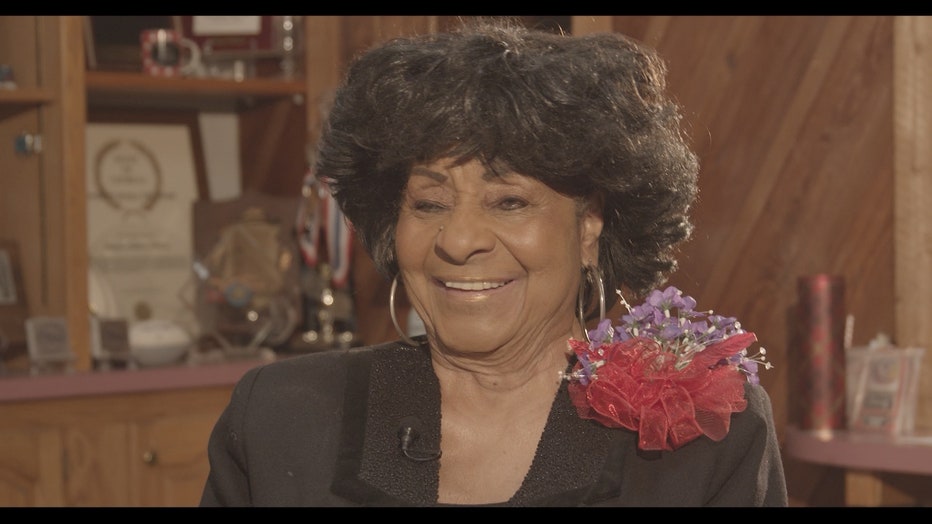 Later in life, as she spoke to students and would show off her Olympic medal, it one day went missing. Her goddaughter, Dr. Rochelle Stevens, contacted the Olympic committee to commission a replacement medal and surprised Wilburn with the new medal at a church ceremony.

“They really blew it up,” she remembered, smiling. “They start playing the anthem. And both of her nephews came down the aisle, and I still didn’t know what they were doing. But they called me up front. I had no idea. My medal? I had no idea. They were just walking in, and I was standing up there smiling. When they opened the case, I could not do anything but cry. I couldn’t believe they had a replacement for me.”

For the record, Wilburn did go on to smash a record, becoming the first American woman to leap a record 20 feet in the 1959 Pan American Games — a feat she took home a silver medal for.