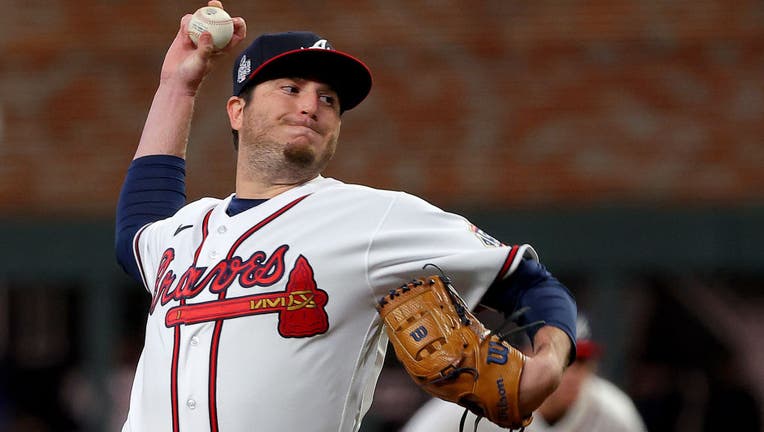 ATLANTA, GEORGIA - OCTOBER 30: Luke Jackson #77 of the Atlanta Braves delivers the pitch against the Houston Astros during the eighth inning in Game Four of the World Series at Truist Park on October 30, 2021 in Atlanta, Georgia. (Photo by Kevin C. C

NORTH PORT, Fla. - One of the members of the Atlanta Braves' "night shift" may miss some extended time.

The Braves said he'd undergo further evaluation to determine the next steps.

If he requires Tommy John surgery to repair his elbow, he would likely miss the entire 2022 season.

Jackson was a dependable reliever for Atlanta in 2021 with a 1.98 ERA in 63 and two-thirds innings.

Jackson made three appearances during the World Series. He shut out the Astros across 3 and two-thirds innings with four strikeouts. He pitched in Game 3 and Game 4 at Truist Park and retired the side in order during both appearances.

Jackson is from Fort Lauderdale, Florida, and will be 31 in August.

The Braves have made some recent moves to add to the bullpen since Spring Training began. Atlanta signed longtime Los Angeles Dodgers right-hander Kenley Jansen and Georgia native Collin McHugh.