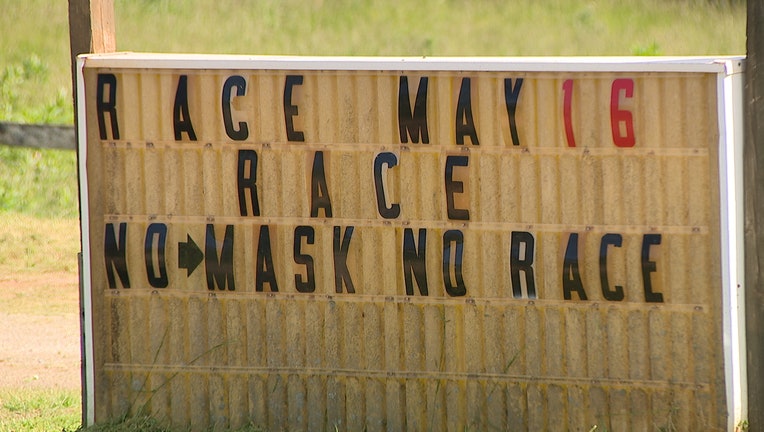 WINDER, Ga. - Update, 9:40pm: Tuesday night, Winder Barrow Speedway officials announced they are no longer reopening on Saturday night. Tuesday afternoon, governor Brian Kemp announced a continuation on the state's ban on large gatherings. According to track promoter Stephen House, that was a big factor in their decision to not race on Saturday.

According to a post on Winder Barrow Speedway's Facebook page, the new target date to reopen is June 6th.

Slowly but surely, sporting events are trying to find ways to come back. Just about all live events were put on hold because of coronavirus. One area racetrack is planning to not only have an event this weekend, but to do so with fans in attendance.

Area racetrack reopening this weekend with fans in attendance

The track in Winder has been off for about two months, canceling events during what is normally one of their busiest times of the year. Now, they'll return to racing, but with some strict rules.
All fans in attendance will be required to wear face masks, and will be encouraged to maintain social distancing. A sign at the entrace to the track says loud and clear for fans, "NO MASK, NO RACE."

Among the other precautions will be hand sanitizer available for attendees, more places for hand washing and no pre-race drivers meetings, which are normally standard.

Normal capacity at the track is about 1,200 people, and despite restrictions, organizers expect a big crowd.

"[We expect 1,200] or more," said House. "Everybody's been sitting at home. We're going to try and spread out, keep our distance, go back racing."

Late Tuesday afternoon, FOX 5 spoke to Barrow County sheriff Judd Smith. Smith confirmed the track has worked with his deputies to reopen Saturday night. Sheriff Smith says the event can go on, but he stressed anyone attending must follow all health department guidelines.

Some other smaller racetracks around the state have gotten back to racing, though very few have done so with fans in attendance. Senoia Raceway started last week with an empty grandstand, and has more events planned for this weekend. They made some money by streaming their races online, and hope to add fans to the picture soon.

"We had a lot of people show up because they could hear the racecars, and we had to refuse their entry, which was tough from the promotions standpoint of the racetrack," said Senoia Raceway promoter Mayes Massey. "We obviously need all the money we can take in for our bills and stuff, but we're doing what we were told we should do. Some could understand, and some got really mad at us. I told them it's out of our control and I apologize."

As for the races in Winder, face coverings will be part of the race day crowd. If someone shows up without a mask, staff members will try and help.

"We'll do what we can to get them [a mask]," said House. "We don't want to kick nobody out. It's everybody's safety, not just their own, it's the people around them. We don't want anyone getting sick from this."