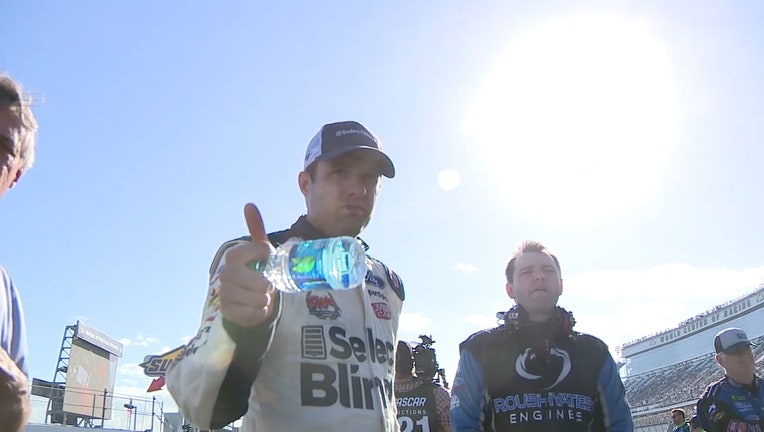 While David Ragan is retired from full-time but put his firesuit back on for the 500 last year and he's doing the same thing this year.

"I can't think of a bigger and better race to enter than the Daytona 500," said Ragan.

Ragan's back with Front Row Motorsports in the number 36 Ford. It's the same car he finished 4th in the 2020 500. A race that will always be remembered for Ryan Newman's fiery crash and Ragan was right there when it all happened.

"The last restart I think we restarted 6th or 7th. Coming to the checkered flag I could see Ryan Blaney and Newman beating and banging off of each other. I was thinking if a couple of these cars wreck, we might have a shot to win this thing. Obviously, Newman got wrecked and flipped and I kind of remember his car almost airborne and bouncing off the wall as I passed by," said Ragan.

Ragan took home a 4th place finish. His best in the Great American Race. He also has a 5th place finish to his name. So what works so well for him at the Super Speedways?

"I almost run the race backward. I just try to set myself up to be in the right position with the best handling car that I can in that final fuel run. That's something that I keep in mind throughout the whole week down there," said Ragan.

Because Daytona is a one-off Ragan doesn't worry about stage points and can just focus on winning. This would be the 15 straight Daytona 500 for Ragan and he relishes every part of the experience, even though there won't be nearly the hoopla we've seen in years past.

"My favorite part of Daytona 500 weekend is that Sunday morning when you wake up and you know it's race day. It's going to be a different feel not having 100 thousand people in the grandstands and another 25 thousand in the infield. I'm grateful we'll still have some fans in the stands and there will be some people in the infield in their motorhomes. Just to see the people, to hear those cars warming up in the garage, getting pushed out to pit lane and running through the race in your mind," said Ragan.

Ragan making the Daytona 500 is not a sure thing. He is one of 8 cars trying to make four spots in the 500 field, so he will have to race his number 36 into the field through qualifying and Thursday night's duels.