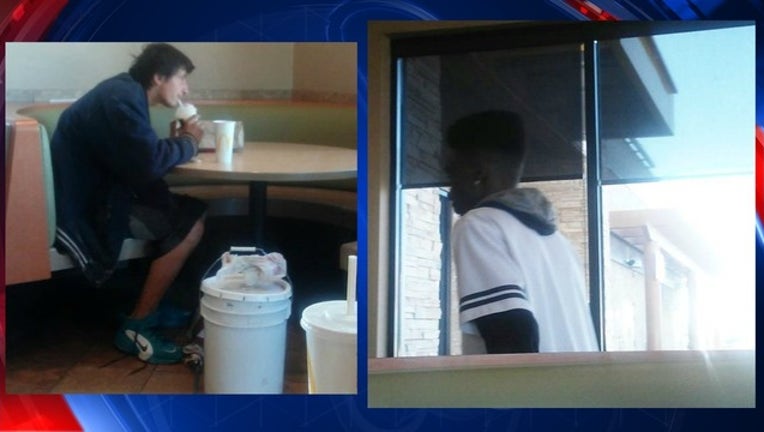 LAVEEN VILLAGE, Ariz. - A woman from Arizona posted on social media about a random act of kindness that she witnessed in a McDonalds. Laura Hidalgo took to Instagram and Facebook to describe how a young man set a great example for her kids, by giving his shoes and clothes to a man in need.

Hidlago says that the man came into a McDonalds barefoot, muddy, with an umbrella, bucket and a cup. The young man came in minutes later and gave him his shoes. After the young man left, the man at the table immediately put the shoes on.

After witnessing the act of kindness, Hidalgo says her father bought the man a meal, and another person in the restaurant gave him $20.

Hildalgo says her daughter was moved by the generosity, and pulled out the $3 she had and gave it to the man as well.

NEXT ARTICLE: Animal shelters mistakenly kill dogs while advocates pleaded for their release