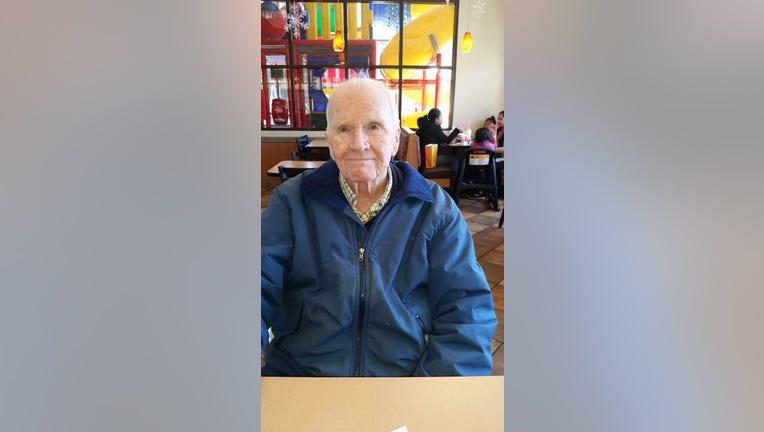 ATLANTA - Atlanta resident John Thornton said he's heard some claim a daily glass of wine and a banana unlocks the secret to a long, healthy life.

He's not sure there's a magic concoction that does the trick, but Thornton has one piece of advice that's helped him stay content for more than 100 years, now.

"Don't let anything bother you," Thornton said. "Don't start cursing when you drop something or when something happens, because you can do nothing about it to begin with."

Thornton is set to spend time with his family this week to celebrate his 100th birthday on April 22. His daughter, Sue Jackson, is in town from California and his grandson, who works in London, is hoping to fly in from Berlin this week. Thornton added he's expecting a host of extended family from his hometown of St. Louis to join the party.

Thornton lives on his own in Atlanta, where he said he's been since he moved from St. Louis 50 years ago. Thornton cooks his own meals and waters his garden. He said he peruses the street on his electric cart a few times per day and talks to his neighbors every day. He'll make himself an apple pie for his birthday this week.

Thornton's neighbors describe him as an "incredible" and "very humble" man, who gets to church every week with the help of a local friend.

Thornton is a native of St. Louis, who enlisted in the U.S. Navy in 1942. He said he remembers the picturesque blue water and Navy destroyers he saw while stationed in the South Pacific.

When he was back stateside, Thornton said he went back to work at the only company to ever employ him. Thornton worked in marketing and sales with Kearny Electric Inc., for 49-and-a-half years. He moved to Atlanta about 50 years ago, where he's now lived more than half his life.

Thornton was married to his late wife for 64 years. The regular FOX 5 viewer has two children and four grandchildren.