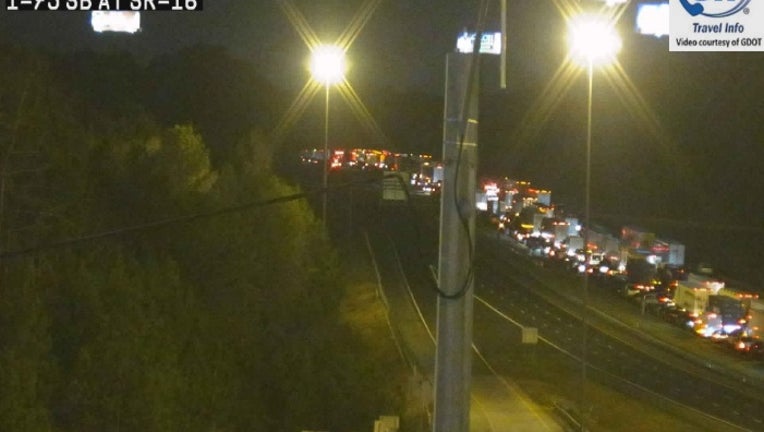 An officer vehicle and a tractor trailer collided Thursday night in Butts County, according to officials, causing a major traffic back-up.

The accident happened around 7 p.m. on Interstate 75 northbound at mile marker 207. According to the Spalding County Sheriff's Office. the crash involved a Henry County officer and a tractor trailer.

The tractor trailer overturned onto its driver side and came to an uncontrolled stop in the center median, authorities said. The driver and passenger in the patrol vehicle suffered minor injuries and were taken to Piedmont Henry Hospital.  The driver of the tractor trailer was flown by air ambulance  to Grady Hospital to be treated for injuries. 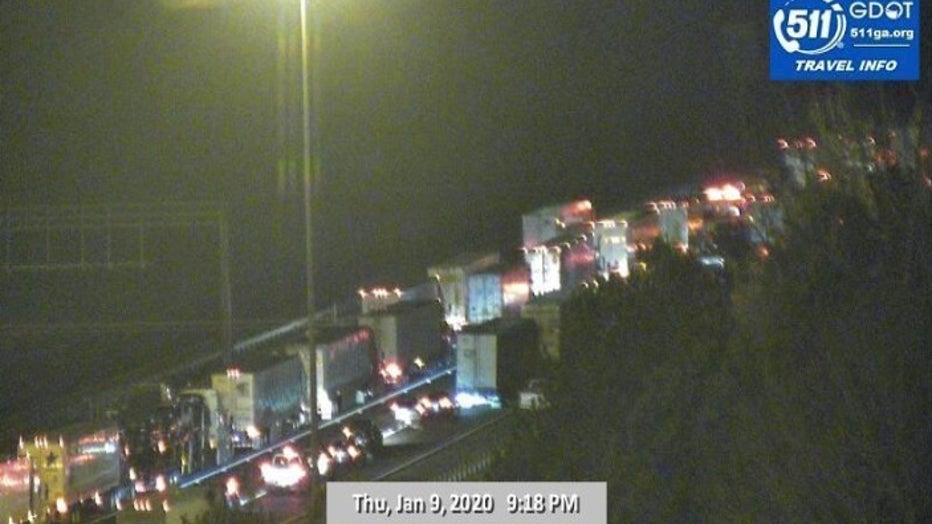 All northbound lanes of Interstate 75 were shut down due to the wreck. Those travelling northbound on the interstate were advised to use exit 205, SR 16 as an alternate route.