Atlanta police say Officer Khuong Thai and another officer were ambushed as soon as they got off the elevator during a call last week at a Midtown apartment. Officer Thai's brother continues to recover in the hospital after being shot in the face.

ATLANTA - The Atlanta police officer shot while responding to a shooting at a Midtown apartment building last week is improving.

"He's doing better now. He can talk a little bit. He can walk, but he is heavily medicated," said Phuc Thai, Officer Thai's older brother. "So, he's sleeping for most of the time, but in general he's doing better."

According to the department, a suspect ambushed Officer Khuong Thai and another officer as soon as they got off the elevator, shooting Thai in the face. 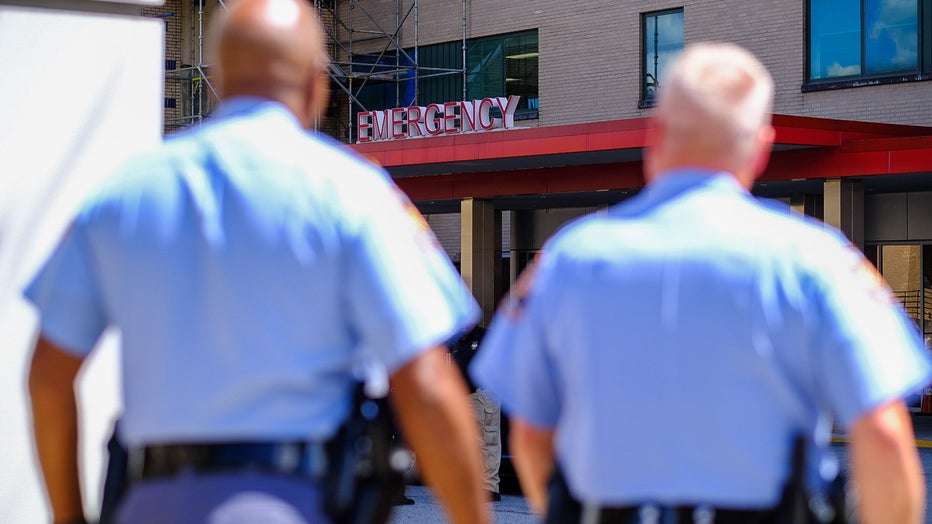 Law enforcement were present at Grady Memorial Hospital where a wounded officer is being treated on Wednesday. (Photo: Billy Heath/FOX 5 Atlanta)

"It was very tough during the first few days, but as he recovers we feel a little better too," said Thai. "It was sad and overwhelming, but it's getting better and I try to be strong so that I can help out. I wouldn't have been able to do it without the support of my extended family, the Vietnamese community, and the other people who have, you know, reached out and worked very hard to advocate for my brother." 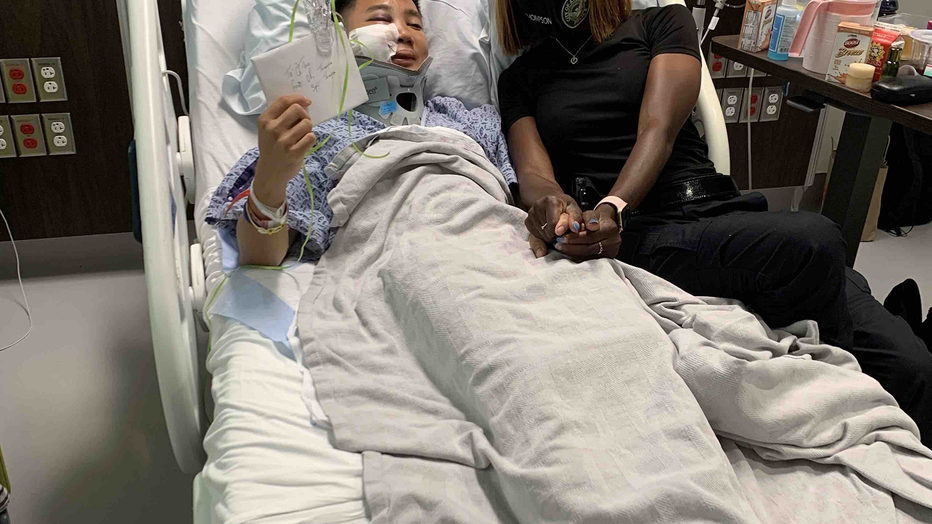 According to Thai, he, his brother, and their mother immigrated to the United States from Vietnam in 2013. Thai is a medical student and said his brother was in the U.S. Army Reserves before joining the Atlanta Police Department in 2019.

"As immigrants, my brother and I want to pay back to the country and the community that give us so many opportunities to grow," said Thai. 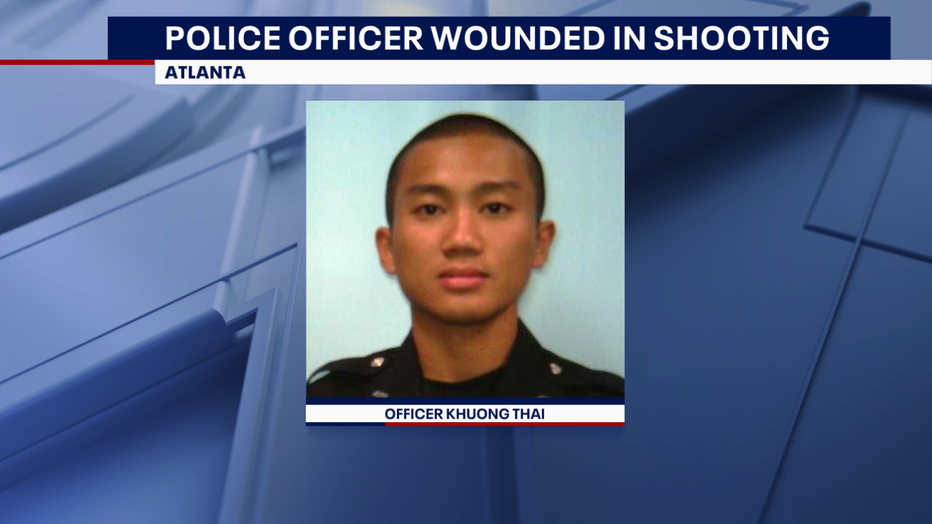 With his future uncertain, Officer Thai's family set up a GoFundMe Page to help support him and his mother, for whom he is the sole provider.

"I think that the recovery of my brother is going to be long and whether or not he can work or do the things that he loves is still in question.  So, the support from the community is vital and his future is a little less than certain and I want to thank you, everyone, again for your tremendous support," said Thai.