GWINNETT COUNTY, Ga. - Contractors will close a single lane of Interstate 85 to begin repairs on a barrier wall damaged in a deadly tanker blaze earlier in February. 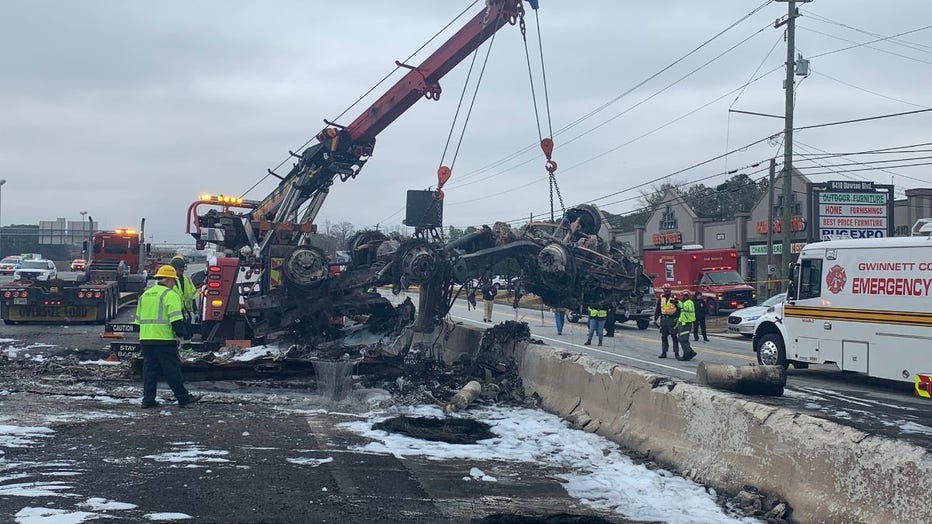 Crews will be beginning work repairing damage on I-85 after a deadly tanker crash earlier this month. (Georgia Department of Transportation)

Officials said the lane would be closed from 9 p.m. to 5 a.m. in order to create a temporary barrier on the shoulder during the emergency repair project, which will happen on I-85 northbound between Jimmy Carter Boulevard and Indian Trail Road.

The repairs come after a crash on Feb. 1 involving a tanker truck which was carrying fuel and a Volkswagen Passat, was stopped in a lane after being involved in a separate accident.

Georgia DOT cameras caught fire crews on the scene working to douse the huge blaze, which was belching immense amounts of smoke. Witnesses told FOX 5 they heard three loud explosions before seeing the flames and smoke shoot up from the interstate.

During the attempt to extinguish the blaze, police say the then-unidentified flammable liquid contained in the tanker drained into a nearby sewer, leading to fire spreading underground, crossing the interstate, and leaving through a sewer drain near Ole Mexican Foods on Crescent Drive. This spread multiple fires and smokestacks around the interstate. 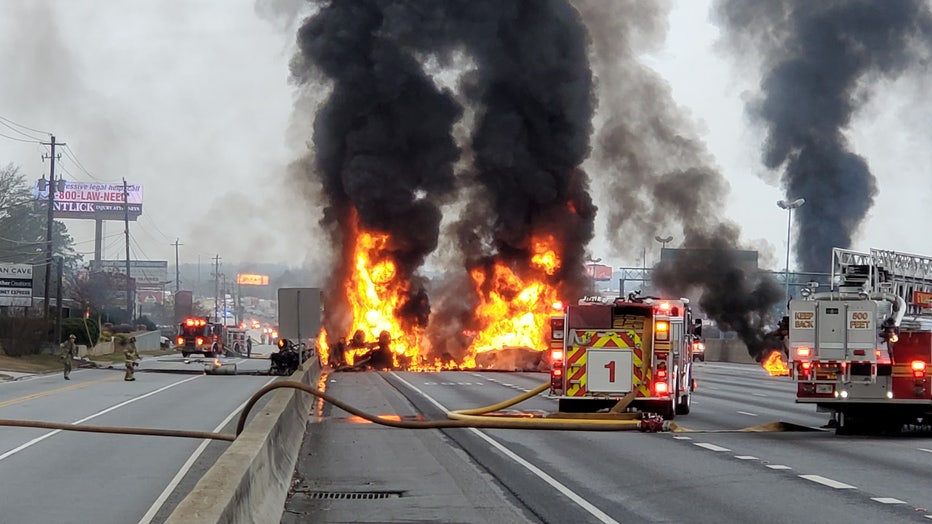 In response to the spreading fires, officers evacuated multiple drivers from their vehicles on foot. Businesses on access roads nearby were also evacuated while crews used controlled fires to burn off the fuel.

Officials will also close a lane on Dawson Boulevard, the access road closest to the repair, on Monday morning from 7 a.m. to 5 p.m. This closure will remain in place daily until the program is completed.