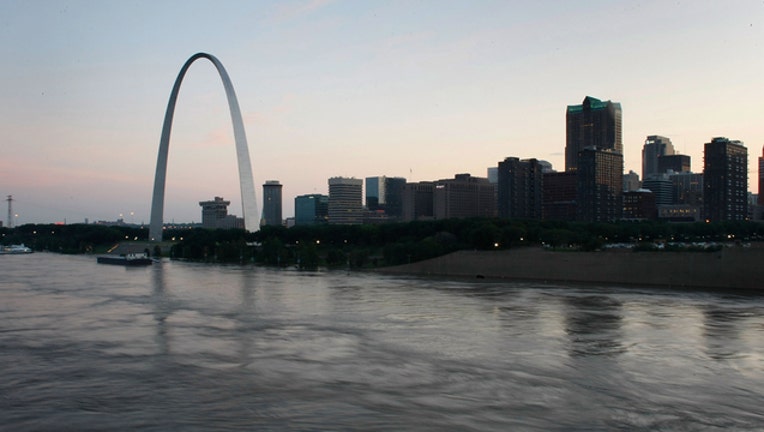 The Gateway Arch is seen as the flooding Mississippi River runs in front of it June 25, 2008 in St. Louis, Missouri. (Photo by Joe Raedle/Getty Images)

ST. LOUIS (AP) — A white woman who refused to allow a black neighbor into their downtown St. Louis apartment building because he wouldn't show her proof that he lived there has been fired.

Twenty-four-year-old D'Arreion Toles began filming as the woman repeatedly asked whether he lived in the building. After Toles finally walked past the woman, the video shows her follow him into the elevator and to the door of his unit. Police responded but didn't cite anyone.

Although the video doesn't show either Toles or the woman mention race, Toles says in another video that it's "obvious" that what happened was a "race thing" and that the woman didn't "feel like I belong there." The woman doesn't have a listed phone number.

Her employer, property management company Tribeca-STL, said it found the interaction "disturbing" and it won't "stand for racism or racial profiling." It also stressed that it doesn't manage that property.