A warning for those who bought something online expecting to pick it up on the seller's front porch.

CHEROKEE COUNTY, Ga - A Cherokee County woman is warning others about buying items on social media apps, especially when it comes to porch pickups.

"They just keep coming to my house saying 'I bought something where's it at?'," said Jessica Weiden.

Jessica Weiden is caught in the middle of a bizarre scam that has been sending strangers to her home.

"People are buying stuff on Facebook Marketplace and they will pay with Venmo for the item, and the person selling the item is giving them my address," said Weiden.

That's not all. The buyer is even sent a Google Maps photo of Weiden's screened-in porch. There's also a photo of a brown container, saying the item will be inside the bin. 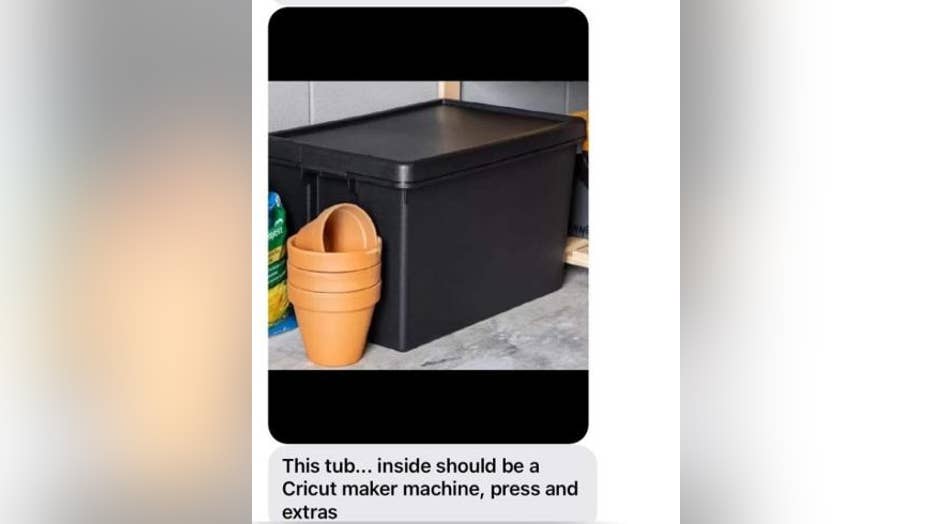 Weiden shared a video from her Ring doorbell showing strangers coming to her door looking for their purchase.

She said she hates breaking the news to them that they've been scammed. Weiden said most people have been understanding and realize she has nothing to do with it. Still, Weiden worries that someone might show up and get angry and she wouldn't be home to explain it, so she left a note on the door to the porch. 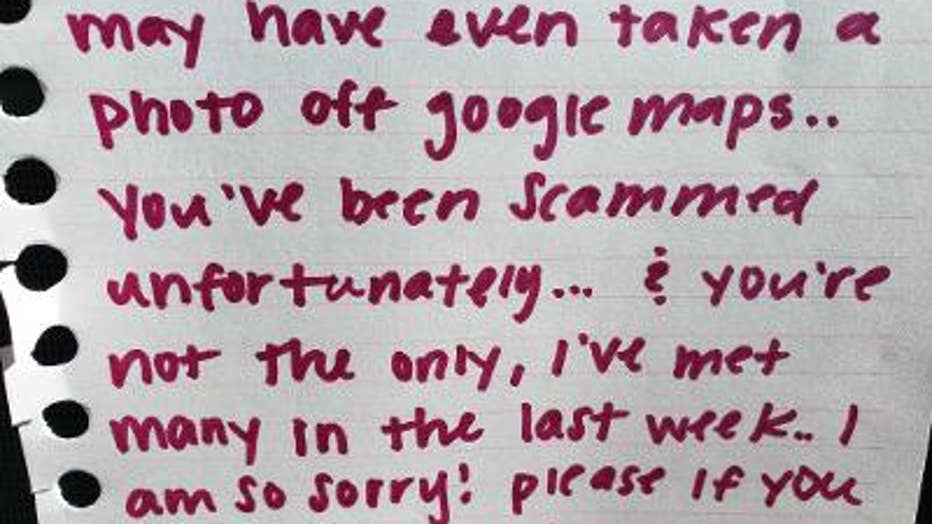 "I'm basically saying, I'm on your side. unfortunately, if you're reading this note, you've been scammed," said Weiden. 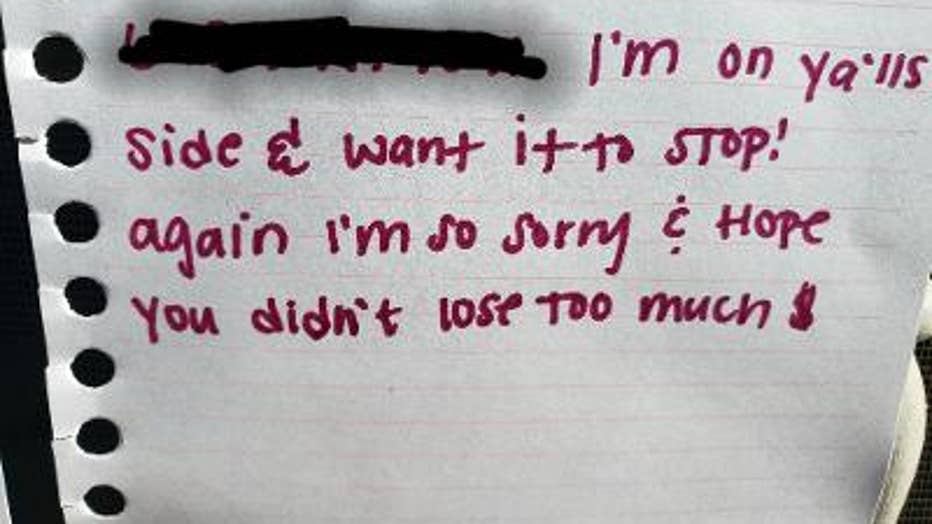 The note also said that she's sorry and hopes the buyer didn't lose too much money.

Weiden wants to warn everybody not to pay any money until the purchase is in their hands.

"I did it, I have bought items before picking them up, luckily those people were honest, but what if they weren't? So this is a lesson for me too," said Weiden.

Weiden said she called the police, but they didn't have any good advice for her except to warn others on social media.