A customer is stunned after a robber shot at him as he tried to flee a holdup at Lenox Square. Video shows customers running for their lives during the incident. FOX 5 Atlanta exclusively talked to the man who was shot at.

ATLANTA - Police in Atlanta released surveillance video of a white Kia SUV, which authorities believe was used as the getaway car in one, possibly two armed robberies over the weekend at Lenox Square.

"He just said, 'give it up'" a victim explained in a phone interview.

His encounter with a pair of thieves occurred just before 3 p.m. Sunday.

He had parked his car near a Macy's entrance. 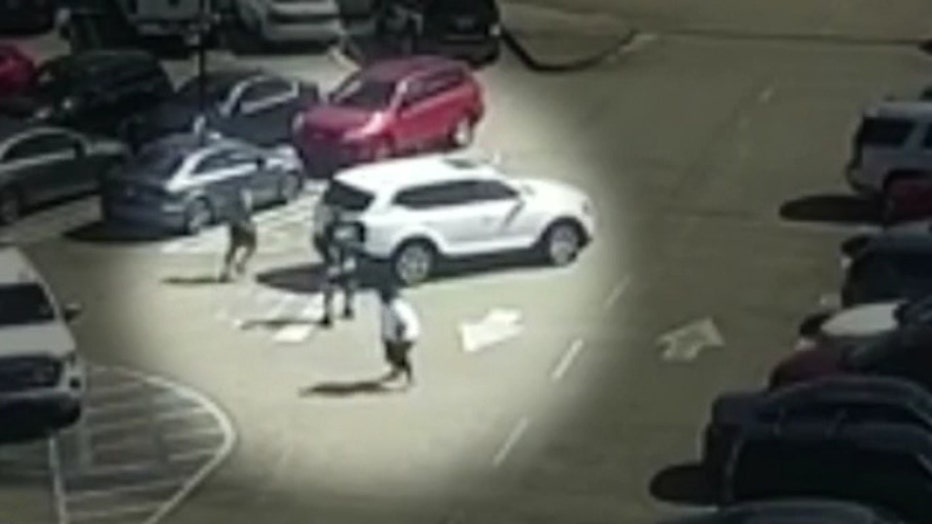 A man is seen fleeing from robbers at Lenox Square as they fire shots at him.  (FOX 5 Atlanta)

The customer, who is a visitor to Atlanta, said he took his wallet out. But instead of complying, he figured he could run believing the gunman would not shoot with so many people in the parking lot.

His calculation was wrong. He heard three shots as he ducked running away.

He was not struck by the gunfire. He had dropped his wallet. The thief picked it up, got into the vehicle and they drove away.

The authorities say two others in a separate incident were robbed by two men, also in a white Kia.

Both men pulled weapons in that incident. They got away with $600 cash, and designer items from both customers as they were leaving the mall.