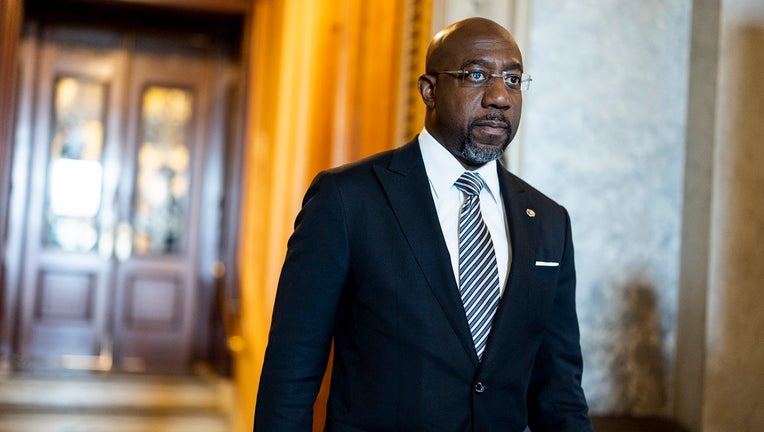 Sen. Raphael Warnock (D-GA) walks out of the Senate Chambers during a series of votes in the U.S. Capitol Building on May 11, 2022 in Washington, DC. Later today the U.S. Senate will hold a procedural vote on the Women’s Health Protection Act of 2022

ATLANTA - U.S. Sen. Raphael Warnock (D-GA) said he is ready to debate Republican senatorial candidate Herschel Walker. The incumbent senator said he will commit to three debates with the Georgia football legend between now and November.

Warnock and Walker earned their respective party’s candidacy this past Tuesday, but Walker openly skipped the primary debates. He told radio station WDUN-AM in April that his opponents were "jealous."

"Because right now Herschel’s going to win that seat," Walker told WDUN-AM. "They can’t win it, so they’re going to the old politics where people are tired of that."

During an October 2021 interview with podcast The Morning Xtra, Walker told hosts he would debate Warnock "any day of the week."

On Thursday, Warnock called out Walker to make good on that.

"The debates are an opportunity for Georgians to see the clear choice they have in this important election," Warnock wrote in part in a statement released on Thursday.

Details about any agreement on the debates have not been released, but Warnock said they would take place across the state and be hosted by different media organizations.

"When the people of Georgia elected me, I committed to working hard for all Georgians — and that’s what I have done: working to lower costs for Georgia families by capping the cost of prescription drugs, suspending the federal gas tax, and holding corporations accountable for price gouging. The people of Georgia will have to make a decision about who is best able to represent the people of Georgia," Warnock said. 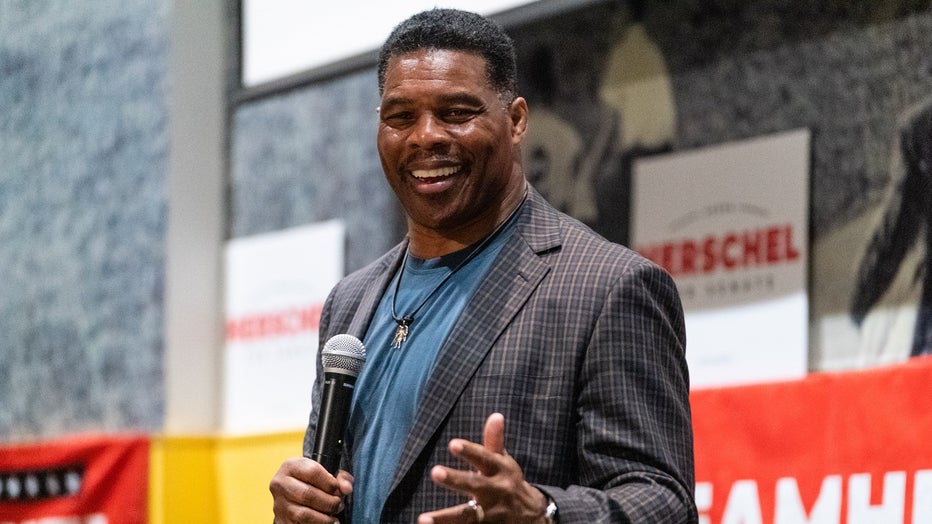 Herschel Walker, US Republican Senate candidate for Georgia, speaks during a campaign rally in Macon, Georgia, US, on Wednesday, May 18, 2022. Heisman Trophy-winner Walker is vying to face incumbent Democratic Senator Raphael Warnock in his first pol

Walker’s campaign has not directly responded. His campaign released its first post-primary advertisement on Wednesday, taking aim at the Biden administration.

"This election is a simple choice — a choice between right or wrong, a strong economy or sky-high inflation, safe communities or dangerous streets, a secure nation or wide-open borders," Walker was quoted as saying. "That is the main difference between me and Senator Warnock — Warnock is beholden to Biden, and I work for the people of Georgia. The primary was practice — now it is game time. Team Herschel is ready to take our message to Georgia voters and retract this seat in November."

"Raphael Warnock supports Joe Biden 96% of the time," spokesperson Mallory Blount said. "He is a partisan democrat responsible for skyrocketing inflation, record gas prices, and out-of-control crime. If you want more of that, vote for Warnock. If you’re unhappy with the status quo, we need to elect Herschel Walker."

Warnock pulled 96% of the vote from Democrats and Walker pulled just over 68% of the votes from Republicans in Tuesday’s primaries.