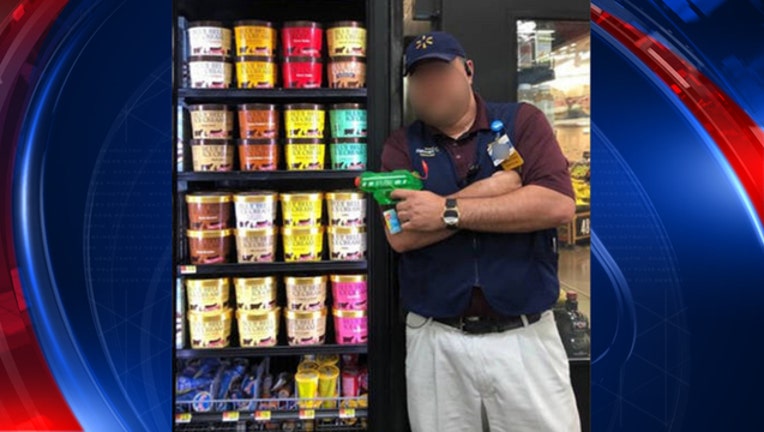 CORPUS CHRISTI, Texas (FOX 5 Atlanta) - A Texas Walmart busted out the big guns for ice cream security after a woman was spotted on camera licking a container of ice cream and putting it back on the shelf.

So, a Walmart in Corpus Christi has a guard on the frozen food aisle.

In the now deleted photo, the guard could be seen looking serious, imposing, and "armed" with a water pistol to prevent any ice cream mischief in his store!

As for the woman who licked that ice cream at a different Texas Walmart, authorities said they have identified her. The suspect's name has not been released, but she could face up to 20 years in prison for the second-degree felony.