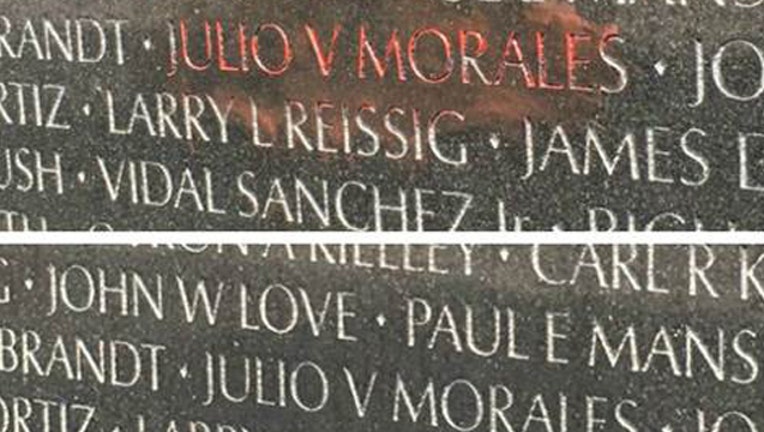 A before (above) and after (below) image provided by the National Park Service shows the Vietnam Veterans Memorial after it was vandalized on Wednesday, Aug. 16, 2017.

WASHINGTON - The Vietnam Veterans Memorial was vandalized with a red, waxy material Wednesday evening, according to officials.

The National Park Service said the material, believed to be a red crayon or lipstick, was discovered at about 8:45 p.m. The marking appeared over a single name on the east wall, according to officials.

U.S. Park Police are investigating the incident as a case of vandalism and said it does not appear to be connected with recent vandalism cases on the National Mall.

Anyone with information that could aid detectives in their investigation was urged to call U.S. Park Police at (202) 610-7515.