The five suspects were picked up after a chase and crash in Dooley County. They are suspected of two Sandy Springs home invasions within 24 hours.

SANDY SPRINGS, Ga. - Five suspects wanted in connection to a Sandy Springs home invasion were picked up after a chase and fiery crash in Dooly County on Sunday. The whole thing was caught on dashcam

Dashcam video from a Dooly County patrol car shows the fiery aftermath Sunday of a car colliding into an 18 wheeler and then bursting into flames Sunday morning on Interstate 75 at Crisp County line. The video shows seconds after the crash, another dashcam catches two of the suspects making a run for it.

The individuals in the car are wanted in connection to not one but possibly two home invasions over the weekend in Sandy Springs. 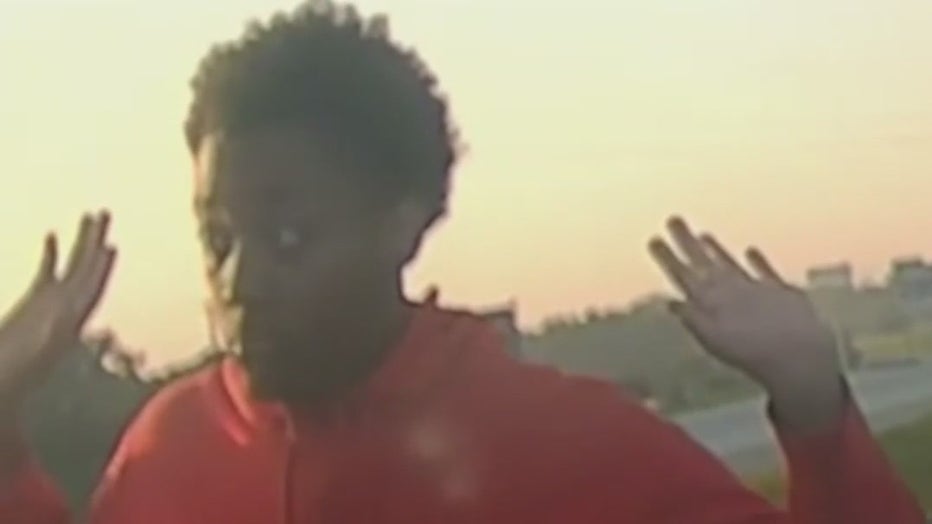 Jamie Brown holds his hands up as he talks to Dooly County sheriff's deputies during a traffic stop on Oct. 3, 2021. (Dooly County Sheriff's Office)

"There’s some similarities. First of all, the number of perpetrators, it’s five suspects on both incidents. They happened a little more than 24 hours apart. All of them were armed with weapons. It’s a home invasion and again, we don’t get those that frequently," said Sgt. Salvador Ortega, Sandy Springs Police Department.

Sandy Springs police said just after 10:30 p.m. Saturday night, five masked gunmen broke into this home on Northside Drive and terrorized a mother and her teenage daughter. The five gunmen eventually left but not before stealing some high-priced items including two cars. Less than 24 hours later, detectives said there was another home invasion some seven miles away on Aberdeen Drive. Again, five masked individuals were armed with guns. A BOLO was put out for the car that was eventually spotted in Dooly County. 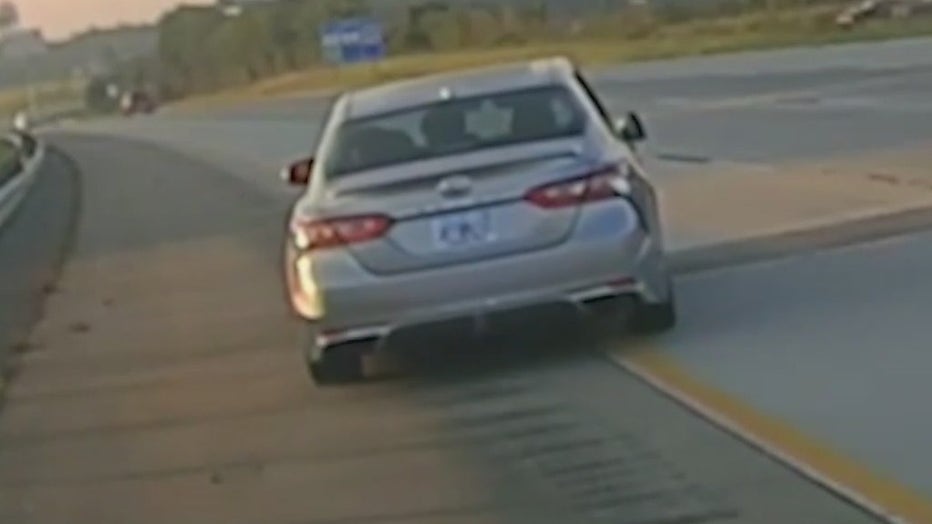 One of the four passengers inside a car stopped in Dooly County slide into the driver's seat and takes off during a traffic stop on Oct. 2, 2021. (Dooly County Sheriff's Office)

"Right now, we’re still processing overall the digital data of their phones, their GPSs, and phone records to see if there’s a connection to the home invasion on Northside Drive on Friday," Sgt. Ortega said.

The dashcam video shows officers pulled the car over and was on the side of the road talking to this man in the red hoodie, police identify as Jamie Brown. Someone inside the car jumps into the driver's seat and takes off and the pursuit begins. Deputies arrested 20-year-old Jacolbeion Williams, 17-year-old Jarius Johnson, 18-year-old Jamie Brown along with two other juveniles. 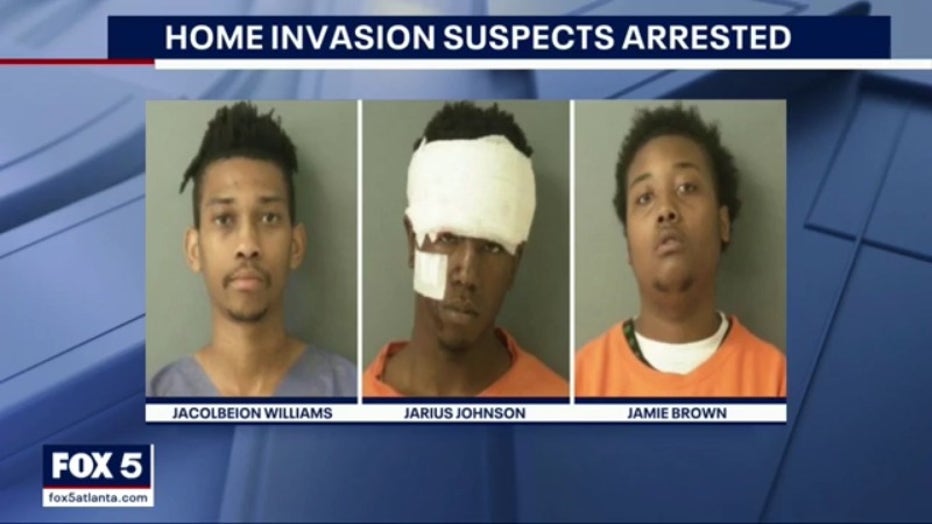 "We’re also in contact with other agencies, especially the APD to see if they have any similar incidents that they have any information on. We know that they don’t wake up one morning and decide to go commit one of these home invasions. So, I’m pretty sure there’s a pattern and we’re going to find out if there’s any other agencies that are working anything similar," the sergeant said.

Anyone with information in the case is asked to call the Sandy Springs Police Department.