Todderick Ponder, the owner of College Park Customs, was arrested by police for allegedly running a chop shop, altering VINs on stolen vehicles, and allowing vehicles to be titled under false VIN numbers.

Investigators uncovered a dozen stolen engines and six stolen cars at the shop, even a car that was reported stolen 17 years ago.

Police were able to find the stolen vehicles and parts, thanks to a North Carolina man whose vehicle was stolen in Douglas County in April

The man found his car online and alerted the police.

"He actually saw his vehicle being placed on an ad basically to be sold via social media," said Officer Tasheena Brown. 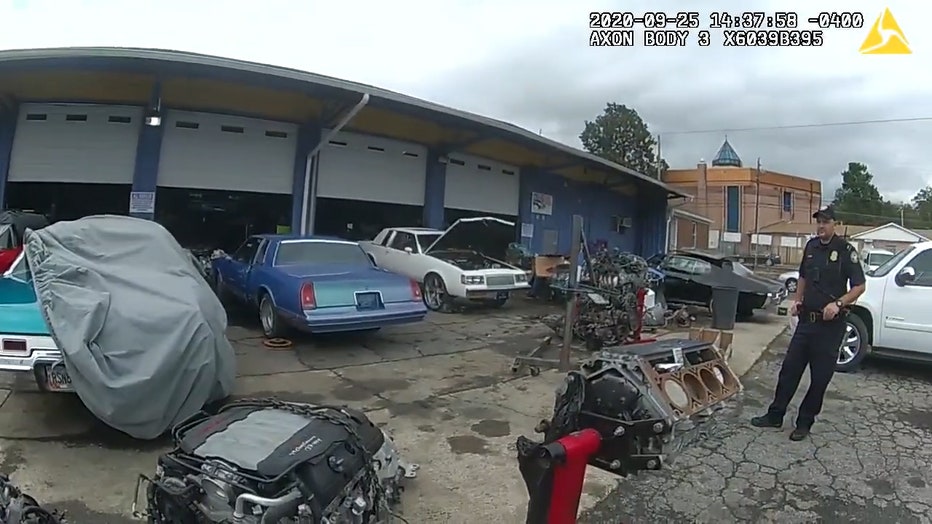 In August, four months after the car was stolen, investigators made their first visit to College Park Customs.

They found the man's missing car and stolen engines.

Investigators returned with a search warrant, which is when they found more stolen cars and parts.

Officer Tasheena Brown said investigations into stolen cars can oftentimes be lengthy, but this particular case was wrapped up quickly, thanks to the victim and investigators.

"Definitely keep your eye out like this gentleman did and was able to spot his vehicle and always remember, try not to take matters into your own hands. He also did a great job in contact police and letting the police do what they do best," Officer Brown said.