The third victim in a bizarre carjacking recounts the harrowing details. The woman, who asked FOX 5 not to use her name, says a man threw a fire extinguisher through her car window and shot an arrow through it as well before driving off in her car.

ATLANTA - A man carrying a bow and arrow and a fire extinguisher terrorized drivers in Atlanta on Tuesday.

The third victim spoke with FOX 5 about what happened as she was driving to work Tuesday morning.

The woman, who asked FOX 5 not to use her name, said a man threw a fire extinguisher through the passenger side window of her car and show an arrow through it as well.

She told police she got out of the car and the man drove off in it. 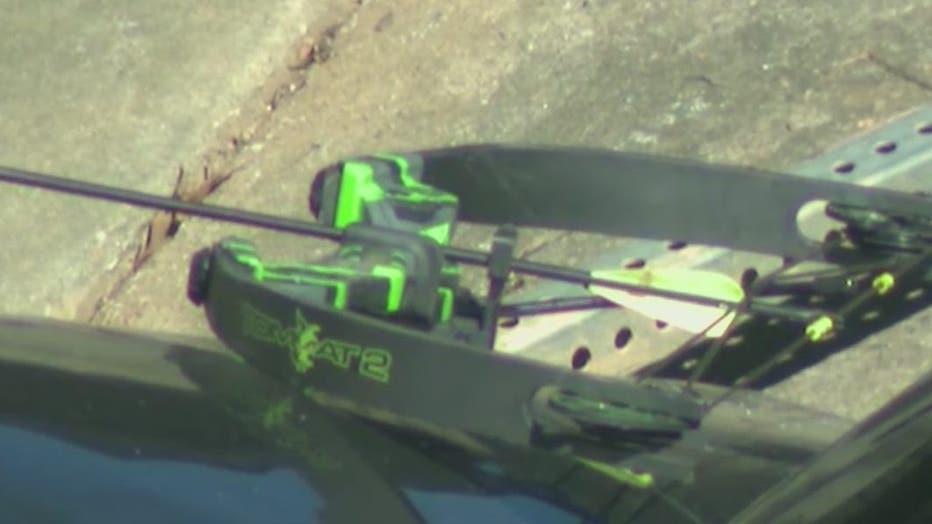 A photo of the bow and arrow used by a carjacking suspect in Marietta on Sept. 28, 2021.

According to the GBI, Emry drove the car north to Marietta where he crashed the car and was shot by an officer after he aimed his bow and arrow at a Cobb County police officer.

She was just one of three who were terrorized within just an hour.

"It's just totally unreal. It's like being in a nightmare that you can't wake up from," she said. 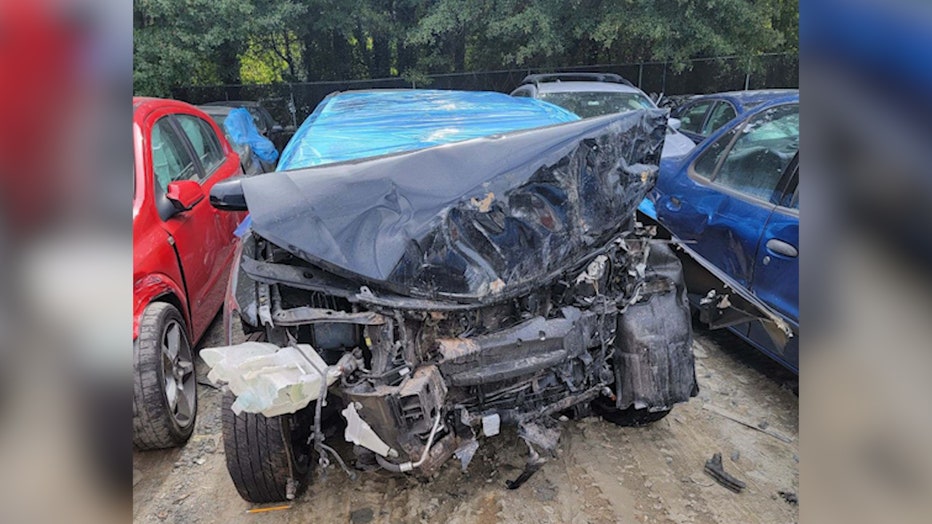 A photo shows how a vehicle carjacked was totaled on Marietta on Sept. 28, 2021.

The car is a total loss, according to the woman.

She said she knows things could have turned out much worse for her and the other victims, but said it'll take time to fully recover from this harrowing experience.

"I thank God for not being hurt physically. The vehicle, it'll eventually be replaced but the mental and emotional part, that's going to be a tough road for a moment," she said.

Emry was taken to the hospital after being shot.

He has not yet been booked into the Cobb County jail.