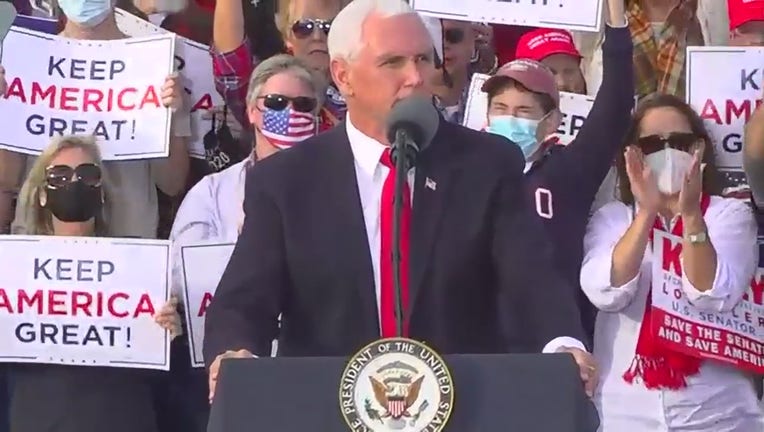 ATLANTA - Vice President Mike Pence will return to Georgia on Thursday for another rally for the two Republican senators in a heated runoff.

The vice president will touch down in the Peach State in the early afternoon for a “Defend the Majority” rally in Augusta. He is expected to make remarks on the “historic accomplishments of the Trump Administration and the Republican Senate Majority” at the 2 p.m. event.

This will be the second trip for the vice president to stump for Sens. David Perdue and Kelly Loeffler. Pence headed to Savannah after a coronavirus update in Atlanta by the Centers for Disease Control and Prevention on last Friday. Sen. Loeffler had to cancel her appearance due to the death of one of her staff members.

The Republican incumbents both face fierce opponents, Rev. Raphael Warnock and Jon Ossoff as they battle for control of the Senate.

The Democrats have been holding virtual events with headliners such as former President Barack Obama.