ATLANTA - Georgia Republicans are mourning the loss of one of their own who was killed in a car crash Friday.

Harrison Deal, who was serving as the Athens regional field director for Sen. Kelly Loeffler’s campaign was killed on Friday, multiple sources confirmed. The details surrounding the crash have not yet been released.

Sen. Loeffler, who was scheduled to appear alongside colleague Sen. David Perdue at a campaign rally in Savannah being headlined by Vice President Mike Pence, immediately left to head back to her campaign headquarters.

“We were all just informed that a young man on Sen. Kelly Loeffler’s staff lost his life in a fatal car accident this afternoon,” the vice president told the crowd. “Sen. Loeffler’s on her way back to Atlanta to support that young man’s family and her staff during this difficult hour. She goes with our prayers and our deepest sympathies for his family, her staff, and all those impacted by today’s tragic loss of a truly wonderful young man. God bless them all.”

Loeffler later put out a statement that reads:

"It is with an extremely heavy heart that we mourn the loss of Harrison Deal. My heart aches for his family, and Jeff and I will continue to surround them in love and prayer in the days ahead. Harrison was a beloved member of our campaign team. More importantly, Harrison was a smart, bright, loving, loyal, and outstanding young man. Harrison embodied the very best of this campaign - and the very best of our state. We will forever cherish and honor Harrison’s memory, and I ask every Georgian to join us in praying for his family during this difficult time." 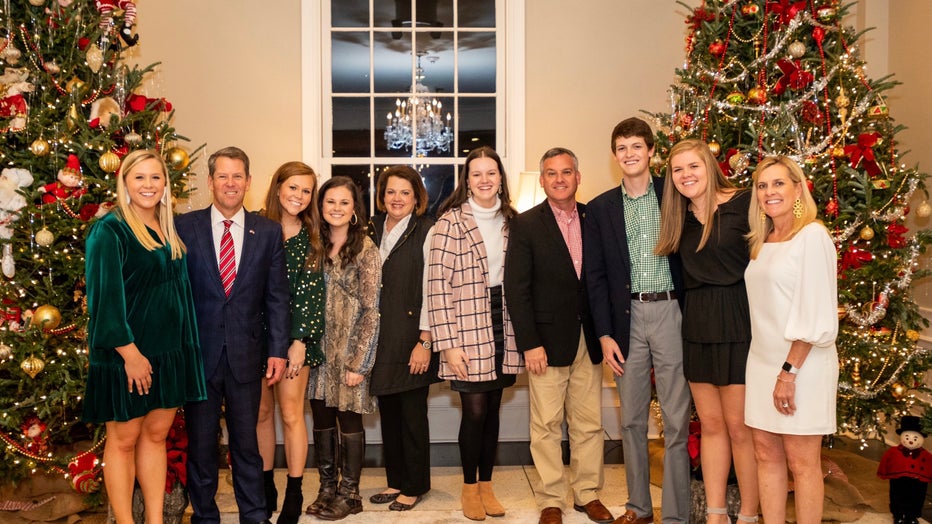 Gov. Brian Kemp released this recent photo of Harrison Deal along with his family. (Office of the Governor of Georgia)

“Today, we lost a member of our ‘Kemp Strong’ family, and words cannot express how much Harrison Deal’s life, love, and support meant to us. He was a person of deep faith, unmatched integrity, and kindness. Harrison was the Kemp, son, and brother we never had.

“Our prayers are with the Deal family – and countless others- as they mourn the tragic loss of Harrison. He brought people together and made everyone feel important and special.

“2020 has been marked by adversity, tragedy, and pain. For the Kemp Family, weathering this story will be the most difficult challenge yet.”

Deal was reportedly a junior at the University of Georgia.