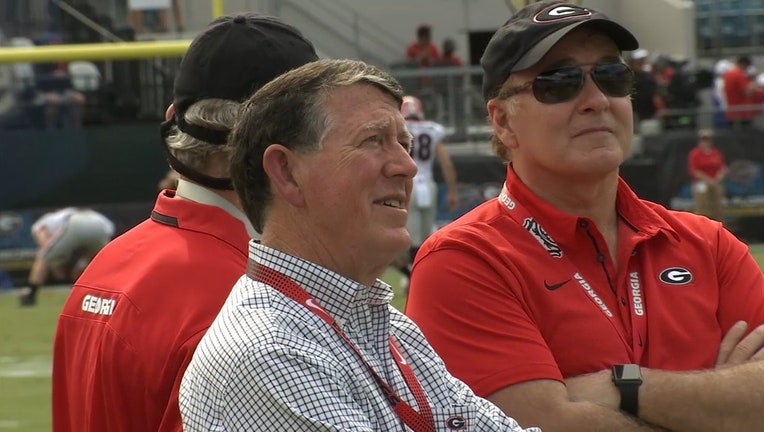 ATHENS, Ga. - After 10 years at the University of Georgia, Director of Athletics Greg McGarity will retire at the end of the year.

The school announced McGarity's retirement Monday afternoon, saying that he will leave the position on Dec. 31.

“I want to thank President Morehead for all of his support and guidance over the years,” McGarity said in a statement. “I step down knowing that our Athletic Association is in great hands under his strong leadership.  To our coaches, athletic staff, and student-athletes—you have made the last decade the very best of my career, and I thank you for your dedication to excellence in athletics.  You are the heart and soul of our program, and it has truly been an honor to serve alongside you as athletic director."

McGarity also thanked the supporters of UGA sports, saying "there is no better fan base in college sports than the Bulldog Nation.”

In his 10 years in the position, McGarity saw the budget for athletics nearly double to $153 million and led multiple expansions and renovations of the athletic facilities. - including Foley Field, Stegeman Coliseum, Henry Feild Tennis Stadium, Turner Soccer Complex, Boyd Golf Center, and the Equestrian Complex.

But Dawg fans will remember McGarity for his moves at the end of the 2015 football season when he fired Head Football Coach Mark Richt the day after Georgia beat Georgia Tech, and quickly hired former Georgia Defensive Back and Alabama Defensive Coordinator Kirby Smart as Richt's successor. Two seasons later, Smart led Georgia to the National Championship Game in Atlanta where the Bulldogs were defeated in overtime by Alabama.

The Athens native and UGA alum began his career in athletic administration at the school in 1977 - eventually becoming the assistant athletic director for facilities and event management. He left for a position at the University of Florida before returning to the Athens university to serve as the athletic director.

“What a life in college athletics it has been,” McGarity said.  “It has been a magical journey that borders on the unimaginable.  But after this 43-year ride, it is time for Sheryl and me to move forward into the future.  We are forever grateful to have been surrounded by so many wonderful people during our 25 years at Georgia and our 18 years at Florida.  Life is full of chapters, and I feel like this chapter is complete.”

Under his leadership, the school says it raised unprecedented amounts from fundraising - including a record $64.9 million in gifts and pledges for UGA athletics

“I have great confidence in the abilities and skills of Josh and Darrice to provide effective leadership for our athletic program while this search process is underway,” Morehead said.  “Both individuals are highly respected within the Georgia Athletic Association and throughout intercollegiate athletics.”

An advisory committee lead by a member of the University System of Georgia Board of Regents and the UGA Athletic Association Board of Directors has been set up to help with the search.