Atlanta police are searching for man who kidnapped Uber driver.

ATLANTA - A suspect is on the run after kidnapping an Atlanta Uber driver, holding a shotgun to her head and making her drive around for more than an hour.

The driver managed to call 911, potentially saving her life.

Atlanta police tell FOX 5 that the victim had just dropped off a fare on the 2500 block of Martin Luther King Jr. Boulevard when she was flagged down by a man who asked her for a ride.

The woman stopped to pick him up, but as soon as he got into the vehicle, police say the man put a gun to her head and told her to just drive and follow his orders and she wouldn't get hurt.

The driver had an earpiece and after an hour of driving, police say she eventually was able to dial 911 and give out her location as she passed a street sign.

When officers got behind the vehicle, it sped off, quickly crashing into a fire hydrant near the intersection of Edgewood Avenue and Boulevard. Police believe the suspect had taken the wheel at that time. 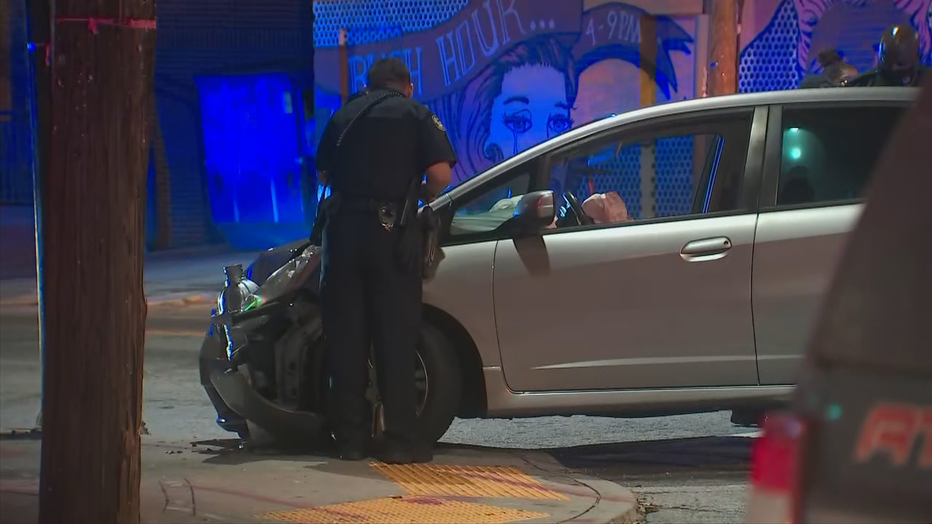 The suspect, who has not been identified, fled on foot. K-9 officers are now attempting to track his movements.

Police say the driver was not harmed and is being checked out. A shotgun was found in the rear seat of the vehicle.

The vehicle in the crash was a rental car and will be impounded.

If you have any information that can help Atlanta police in their investigation, please call the Atlanta Police Department.

Police say the man held a gun to the driver's head and had her drive him around for more than an hour before she was able to call 911.