Flaming truck shuts down I-285 in DeKalb

A truck caught fire under an overpass on I-285 in DeKalb County, caught on video by a motorist (Video Courtesy Joe Rogers).

DEKALB COUNTY, Ga. - A truck hauling cars caught fire under an overpass and closed all northbound lanes on Interstate 285 on Monday afternoon.

It happened a little after 3 p.m., when DeKalb County firefighters arrived to find a minivan on the hauler on fire. A FOX 5 viewer shared a dashcam video of the fire. It showed the flames shooting up to the bottom of the overpass and thick black smoke in the air.

The fire caused the closure of some lanes for a few hours while crews worked to put out the fire and clean up the scene.

The Georgia Department of Transportation sent a crew out to inspect the overpass for any possible damage from the fire.

DeKalb County police shared photos of the aftermath. It appears one of the utility lines tied to the overpass may have come loose and the bottom of the overpass was blackened but appeared intact. 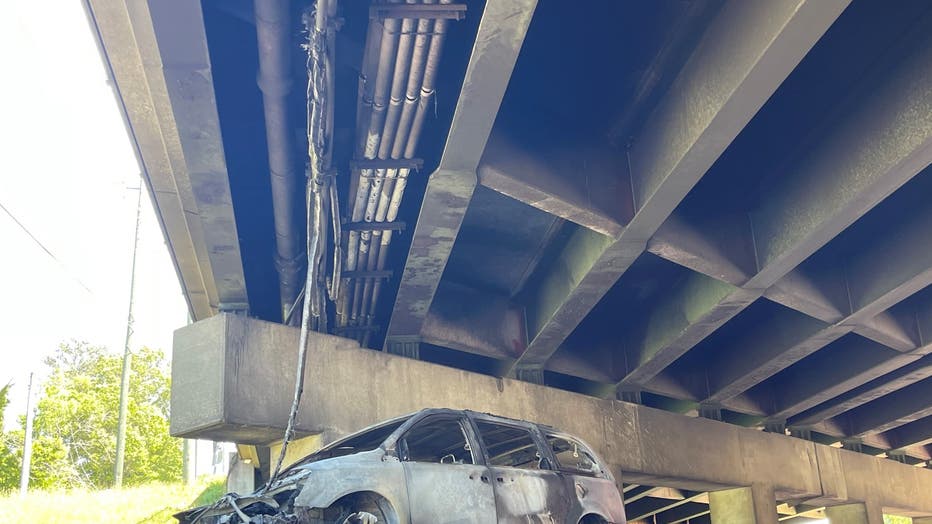 Authorities did not release the cause of the fire. 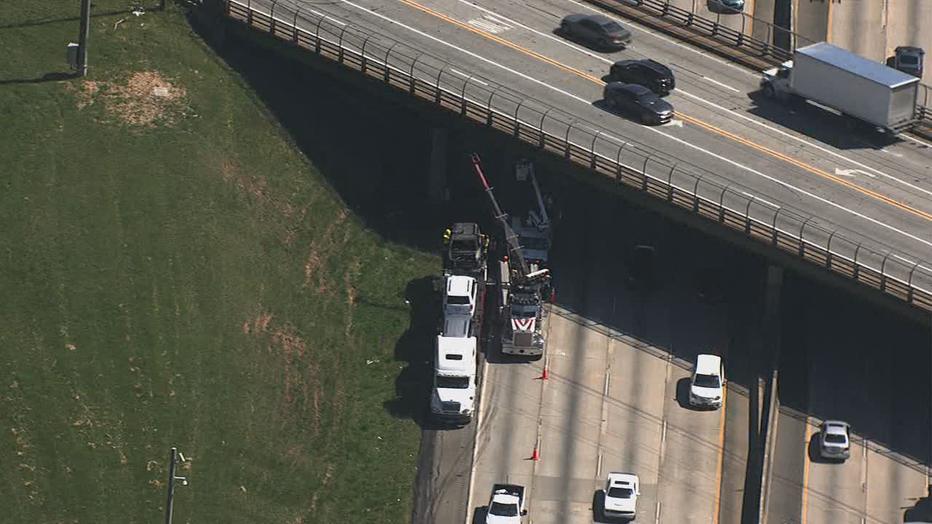 DeKalb firefighters even saved a few pigeons from flames. 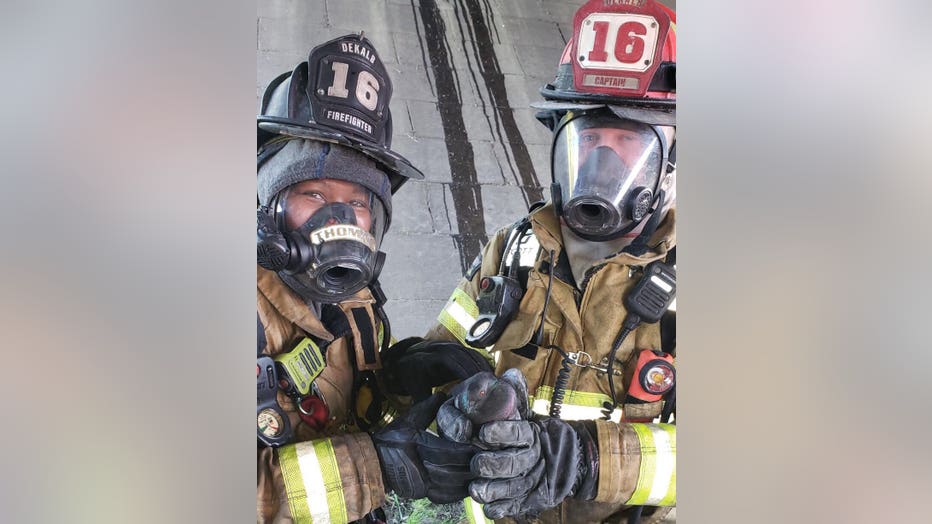