The fire injured a total of 6 people at a fueling dock at Margaritaville at Lanier Islands on Sunday afternoon.

HALL COUNTY, Ga. - Three people, including two teens, were sent to the hospital after a boat exploded on Lake Lanier Sunday afternoon.

"Lot of black smoke" said Annette Ross, who watched the scene unfold from another boat across the lake. "The back half of the boat was completely engulfed in flames."

The three other people who were hurt were treated at the scene and did not want an ambulance to take them to the hospital.

Viewers sent the dramatic video to FOX 5 of the flames consuming the vessel.

The explosion happened at the gas docks for the Port of Indecision at Margaritaville At Lanier Islands, said Zachary Brackett, spokesperson for Hall County Fire Services. 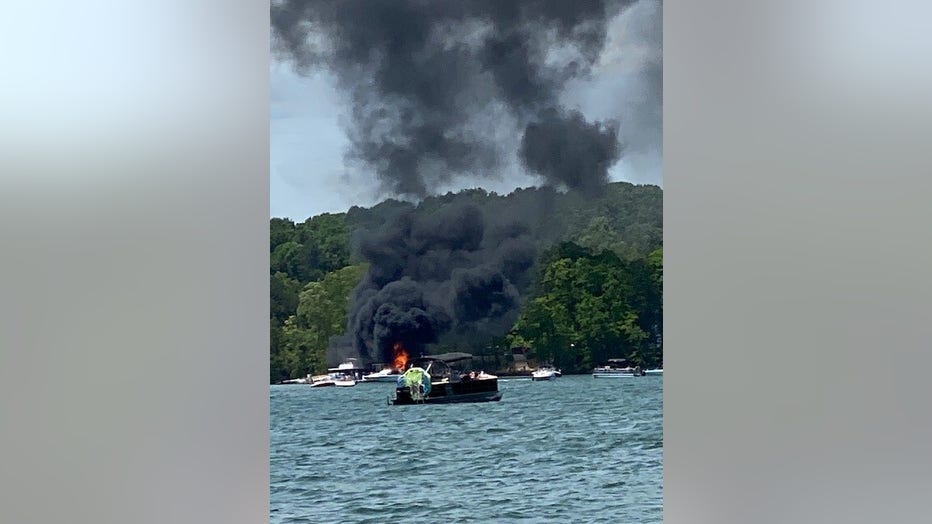 "It took them a little bit to get the fire out of control, but by the time we left, it was still a small amount of fire on the boat," Ross said. "They put the small [jet-ski] fire where you fuel up out. It took about 10 of 15 minutes before you started hearing the sirens." 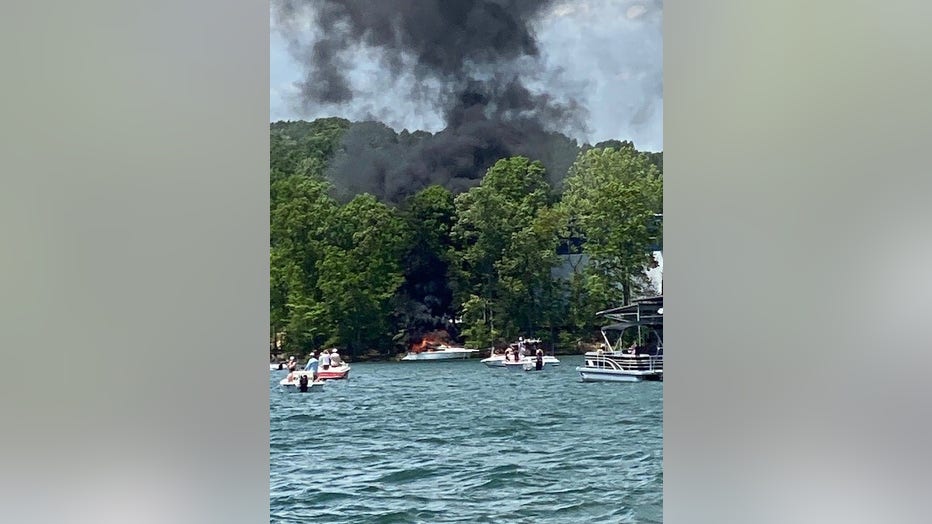 Witnesses said the boat was initially much closer to several other vessels when it exploded, but the wind drifted it to the shoreline.

It’s not clear what lead to the blast.

The Hall County Fire Marshal’s Office is now investigating the cause of the explosion.