On July 1, many new laws on education, healthcare and more will take effect in Georgia.

ATLANTA - July 1 in Georgia is the effective date of several notable laws that Gov. Brian Kemp signed after bills passed both chambers of the General Assembly.

The next fiscal year also begins, operating under a budget that boosts spending for K-12 education, universities, mental health and public safety.

Here are a few of the most Georgians will notice:

Reform of mental healthcare in the state received bipartisan support when it passed both chambers of the Georgia General Assembly.

Transgender girls can no longer play girls' sports in Georgia

The Georgia High School Association voted unanimously to change bylaws. An athlete's sex is determined by what's on their birth certificate, not their gender identity.

Late on the final day of the legislative session, Georgia lawmakers passed a bill that put the Georgia High School Association in charge of deciding whether transgender girls could participate in sanctioned high school sports based on their gender identity.

Ultimately, the GHSA ruled that transgender girls could not play for girls' teams.

The measure was part of House Bill 1084, which banned "divisive concepts" and established an outside oversight committee over the Georgia High School Association.

Concepts include "fundamentally or systematically racist," that any people are "inherently racist or oppressive, whether consciously or unconsciously," and that no one "should feel discomfort, guilt, anguish, or any other form of psychological distress because of his or her race."

School districts are required to respond to complaints from parents. The State Board of Education was tasked with setting up a complaint resolution process by July 1. The state board has the authority to prohibit certain waivers for school districts that don't act on complaints. 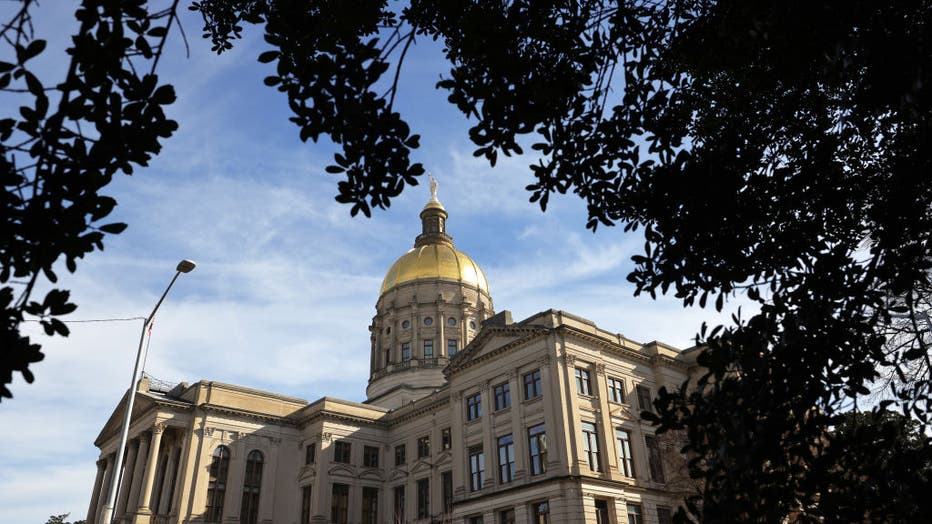 The law also makes it an offense to promote illegal drag racing.

SB345 prevents any agency linked to state, county or municipal government from requiring someone to show proof of COVID-19 vaccination before providing any service or entrance or as a "condition of a person or private entity's performance of any regular activity."

Facilities under federal regulations or places where people are working under a federal government contract are exempt.

Gov. Brian Kemp signed a bill on Monday that would require recess for children in Kindergarten through 5th-grade. The bill allows for certain exemptions. Many people supporting the bill were worried the measure would not be signed after the governor previously vetoed a similar measure.

HB 1 or the "Forming Open and Robust University Minds (FORUM)" Act prevents the creation of so-called "free speech zones" where universities designate areas for protest and other forms of expression.

HB 246 makes it slightly more costly for people to replace a lost, damaged or stolen driver’s license or permit.

HB 1089 Georgia drivers are required to pay $145 for each car with unpaid registration.

HB 1304 requires hospitals to permit patients to specify their lay caregivers after discharge. A patient can change their caregiver by notifying the hospital. The bill provides legal definitions for "lay caregiver," "aftercare," and "discharge."

Senate Bill 543 takes away a parent’s right to recovery against the value of a child’s life if they are responsible for the homicide of their child.

Georgians are already living in a state where state motor fuel taxes are suspended under House Bill 304, and where many households have pocketed $250 or $500 from a $1.1 billion one-time state income tax refund under House Bill 1302. Permits are no longer required to carry concealed handguns in public under Senate Bill 319, and parents can opt students out of school mask mandates through mid-2027 under Senate Bill 514.