CHEROKEE COUNTY, Ga. - Deputies in Cherokee County have released a video of a fight that might be connected to the deadly shooting of a teen at an overnight house party.

Law enforcement responded to a call of shots fired at around 1:19 a.m. on Sunday on Victoria Road in Woodstock. Deputies said cars started driving away from the area and people were running on foot. Deputies said there was a "large party" happening when the shooting occurred.

Cherokee County deputies are investigating a deadly shooting at a house party. It happened on Victoria Road in Woodstock. A 14-year-old boy was shot and killed.

"It was very chaotic, as you can imagine there were people fleeing and vehicles, people flying on foot. They quickly located a 14-year-old that had been shot," Capt. Baker said.

Investigators found a 14-year-old boy in an SUV shot in the torso. The teen went to Wellstar Kennestone Hospital by ambulance with serious injuries. Deputies said Sunday morning the 14-year-old died from his injuries.

A 19-year-old was also treated and released for injuries.

Deputies learned someone had moved the 14-year-old to the car. Law enforcement stopped some partiers and questioned them.

"The deputies were able to contain about 30 witnesses," Capt. Baker said.

Baker said about 100 people were at the party at the time. 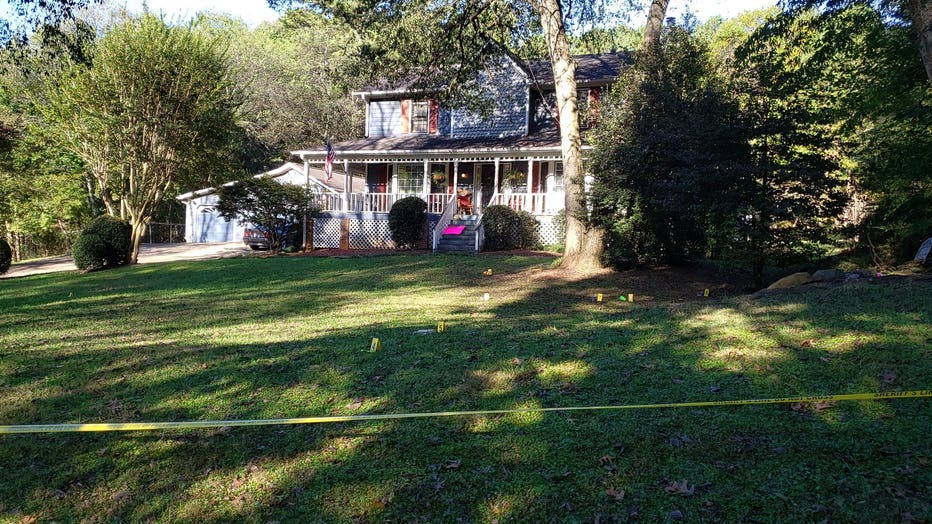 A 14-year-old is dead after being shot during an overnight house party in Woodstock, according to the Cherokee County Sheriff's Department.

Evidence markers were placed next to beer cans, bottles, and solo cups on the front lawn.

"There were no parents, it looks like it might have grown and grown and got out of hand," Baker said.

A 19-year-old showed up at Northside Cherokee Hospital with gunshot wounds to the hand and elbow. That victim was treated and release from the hospital, according to deputies.

Two teens were hospitalized, deputies said, and one had serious injuries. Another victim arrived at a hospital, was treated for injuries and released.

Investigators have released a video of a fight at an apartment in Kennesaw earlier that night. They believe that some of those people at that party also were at the house party in Woodstock. Detectives hope someone recognizes the people in the video.

"This happened inside and out, they’re looking for shells and different types of evidence, they need to get a search warrant for the house, it just takes a long time to process a scene like this," Baker said.

They’re now turning to that fight video along with Snapchat and other social media for clues.

Investigators found a 14-year-old boy in an SUV shot in the torso. A second teen showed up at the hospital with a gunshot wound.

"It was very limited information, they really didn’t want to talk to detectives and most of them said they didn’t see anything. A lot of the times there’s a lot of pressure not to say some things so that’s why we’re trying to reach out afterward, if someone would please give us a call we would appreciate it," Baker said.

Deputies have not released a motive or information about a possible suspect.

Investigators are asking witnesses who fled the scene but have information to call the Cherokee County Sheriff's Office at 678-493-4080.