ATLANTA - Atlanta Police responded to the scene of a shooting Saturday night near Centennial Olympic Park.

Five teenagers ranging from the age of 15 to 19 were shot as a result of the shooting outside the Waffle House in the area of John Portman Boulevard and Centennial Olympic Park Drive NW directly across from the park.

Two of the injured individuals were females and three were males, authorities confirmed.

According to police, three people were found at the scene. Two males are suspected of holding a valet attendant at gunpoint. The individuals then drove to the hospital. 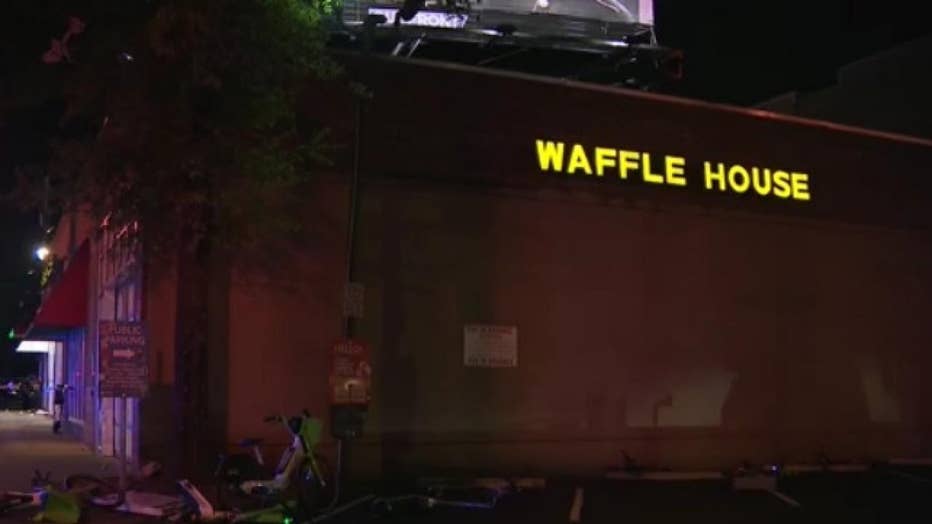 All five injured individuals were listed in stable condition.

A Waffle House spokesperson confirmed the restaurant was closed to customers at the time of the shooting.

An investigation in ongoing.