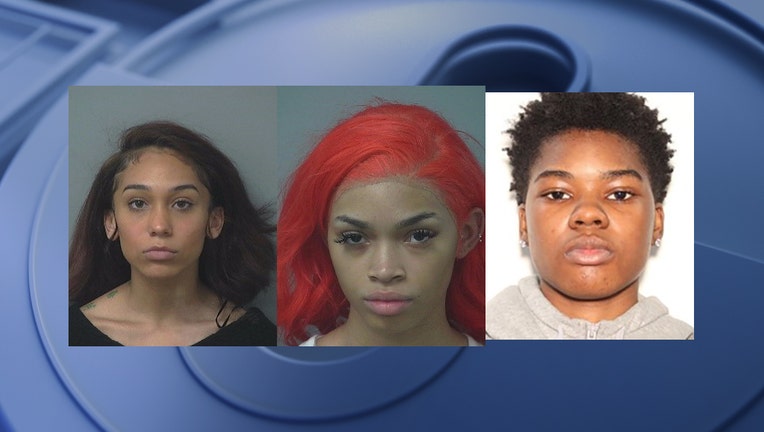 Police said Friday night Kennedy Collins and Jocelyn Spencer, both 17-year-olds from Loganville, were arrested and charged with felony murder and aggravated assault in connection to the death of 20-year-old Faith Burns, shot dead in February in a home on Uniwattee Trail in Dacula. Both are in Gwinnett County Jail, police said.

Two 16-year-old suspects were also arrested, police say. The arrests come after police issued warrants for the arrest of another 17-year-old girl, Damia Mitchell of Snellville. Police said Mitchell turned herself in. She was wanted for murder, aggravated assault and possession of a firearm by a person under 18.

Investigators were called out for a homicide at a home on Uniwattee Trail near Mountain Ash Court near Dacula on Feb. 14 Deputies said officers were called out to the home around 1:30 p.m. after receiving a 911 call reporting a person shot.

Officers found a woman in her early 20s suffering from at least one gunshot wound, police said. She was rushed to an area hospital where she later died.

Investigators believe the shooting took place in the street as they found several shell casings along the opposite side of the road from the home.

After speaking to witnesses, detectives say they have identified a suspect in the shooting as 17-year-old Damia Mitchell.

Investigators say they believe that Burns and Mitchell had a domestic altercation prior to the shooting.