Teen accused in deadly crash while fleeing police has record

ATLANTA - The alleged teenage driver that sparked a police pursuit in the city of Atlanta should not have even been out on the street. That is a complaint and criticism coming from police officers who point to Marguell Scott's rap sheet going back at least to the age of 15.

In February of 2015, Scott was picked up and charged with aggravated assault and armed robbery. Those charges called for at least a 10-year-sentence. But the state prosecutor, Paul Howard, nul pros (dropped) the assault charge and reduced the armed robbery to plain robbery. Those changes left Scott, who entered a plea, with only three years of confinement. 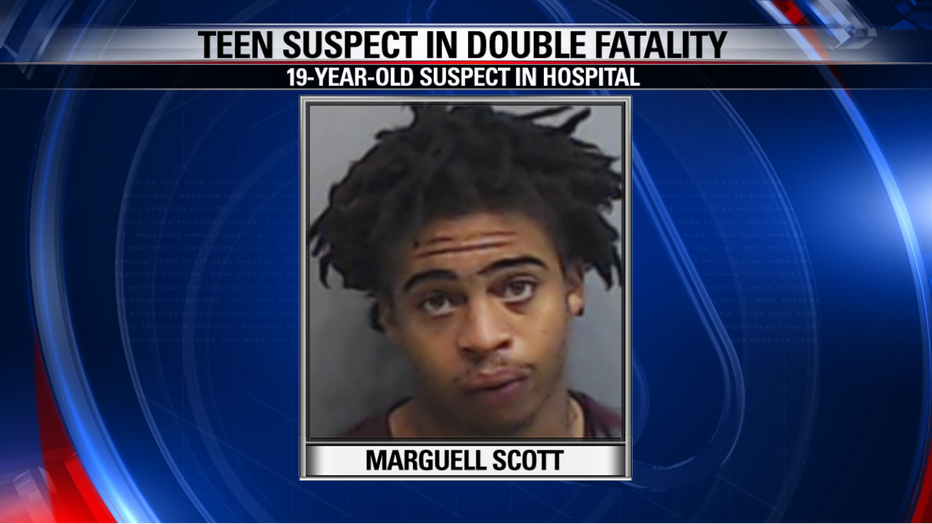 "Here we go again," said police union boss Vince Champion, "they just let the bad guys who have shown they are bad guys out with these light sentences."

District attorney Paul Howard fired back, explaining his office did not have a real choice but to pursue the plea deal.

In the 2015 case, the only witness (the victim) was murdered before Scott could be adjudicated on the violent charges. "We had no witness to work with," Howard said, "so we got what we could, three years of confinement. Those who want to point fingers should get their facts first."