ATLANTA - Two innocent bystanders were killed by a vehicle attempting to flee from a traffic stop on Wednesday afternoon, Atlanta police said.

Two people were killed in a police chase in southwest Atlanta on Wednesday.

According to Atlanta police, at around 2:30 p.m. officers attempted a traffic stop on a vehicle driving near the intersection of Campbellton Road SW and Lee Street SW. Instead of stopping, police said the driver sped off through the intersection, hitting another vehicle.

The two people in the other car were both killed in the collision. Authorities have identified the victims as 43-year-old Mark Hampton and 44-year-old Jermaine Jackson. 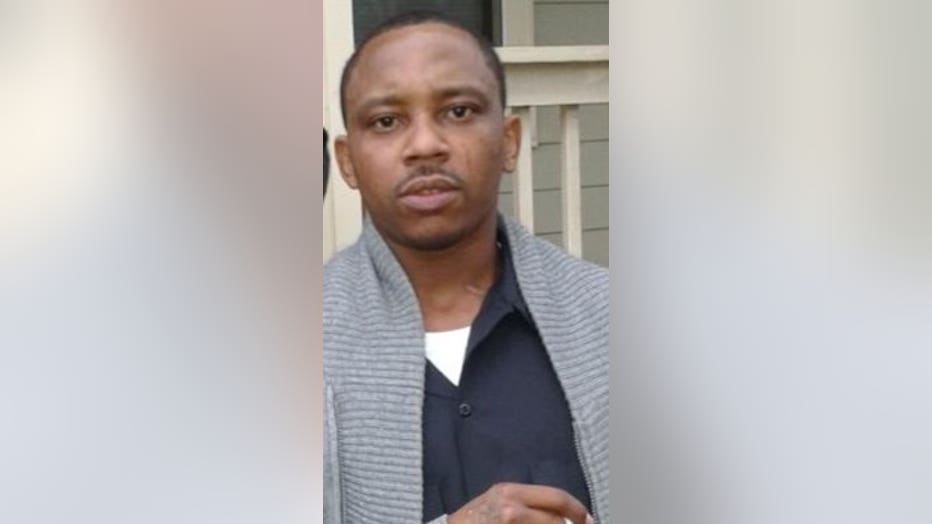 Jermaine Jackson died in the crash.

FOX 5's Aungelique Proctor spoke with Jackson's family members on Thursday. They said they are devastated over their son's unexpected death.

"Why would you be chasing somebody on a crowded public street at that time of day? Even during the days when I was policing, they got away from chasing.  It doesn't make sense," Jackson't father, Tommy Jackson said.  The older Jackson was an APD officer during the Maynard Jackson era.

Loved ones said Jackson, a father of two, owned a landscaping company and was taking care of his elderly mother.

A chase leads to a deadly crash in Atlanta

Jackson moved back to Atlanta in 2015 to take care of his elderly mother who is a stage 4 cancer patient.  She noted APD called in counselors to console officers who worked the horrific crash.

"If they had to call counselors for those strangers, what do you have to call in for me? Who is going to help me? He was my only child.  My only source of help," asked Sallie Collins, Jackson's mother.

Investigators said the traffic stop was initiated after the suspects played a day-long game of cat and mouse with officers. Police said this started around 3:30 a.m. with a carjacking at a bank on Ralph David Abernathy Blvd.

Police said they spotted and lost the white Jeep several times during the day until around 2:30 p.m. when officers confirmed the Jeep was on Lee Street.

According to police, officers attempted a traffic stop and as they pursued the vehicle, the driver refused to stop and fled through the intersection, striking Jackson's vehicle.

The collision caused a chain reaction, injuring other motorists at the scene. 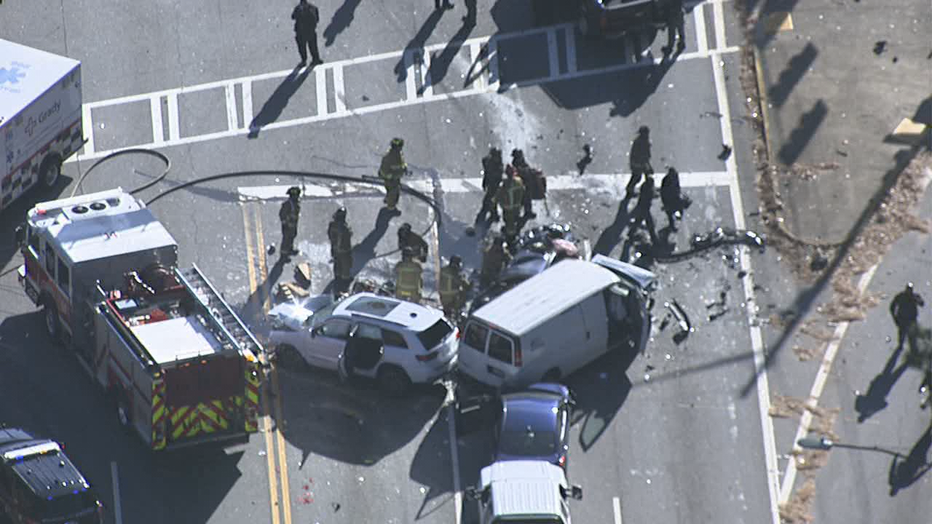 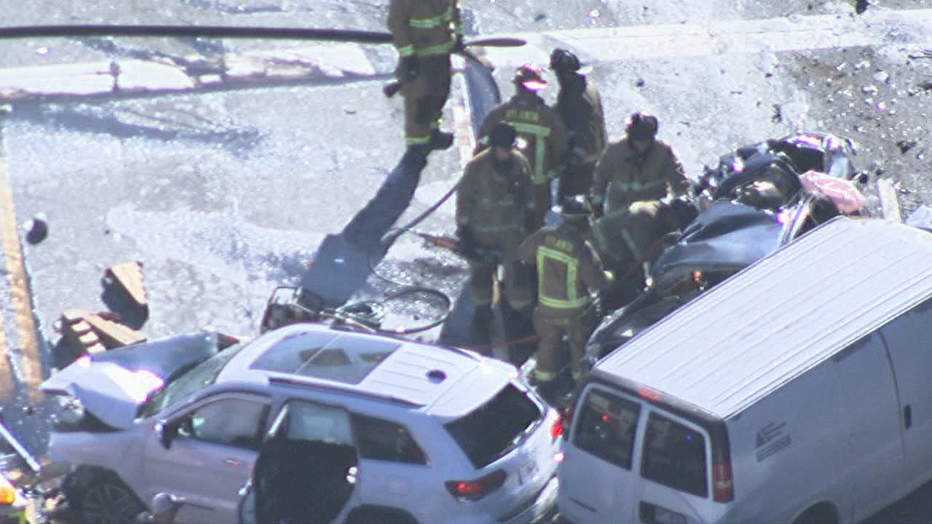 “The perpetrators from the carjacking vehicle were captured, we have two in custody and we also recovered a handgun off the passenger.”

Two 19-year-old men were taken into custody after the crash. They were taken to Grady Memorial Hospital to be treated for their injuries.

They are 19 year old Marguell Scott and passenger as 19 Emmanuel Fambro, both of whom are familiar to police

Police have requested additional assistance from the Georgia State Patrol. The investigation is still ongoing.