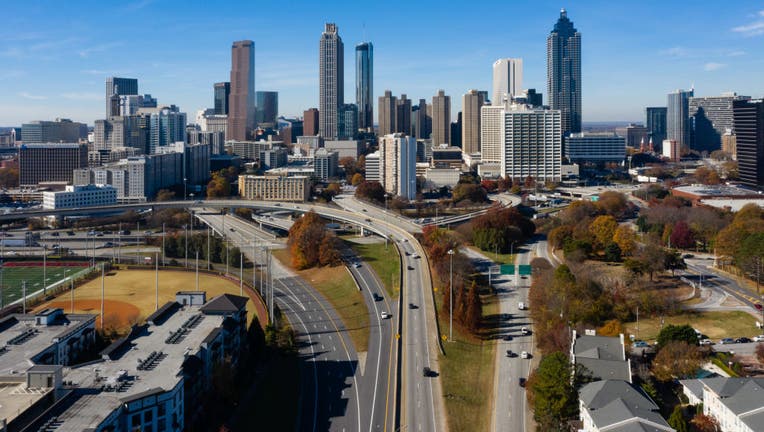 ATLANTA - While rent prices continue to spike all over the country, a new report is show just how much it can cost to live in the Peach State.

The National Low Income Housing Coalition, a group dedicated to ensure low-income Americans can live in quality affordable homes, recently release its 2022 "Out of Reach" report, a study that breaks down how many hours someone needs to work in order to afford a one or two-bedroom rented apartment in their state.

According to the report, Georgia residents need to make at least $20.97 an hour to be able to afford a two-bedroom rental home. That's an increase of $1.55 an hour from last year's calculations.

THIS IS HOW MUCH MONEY YOU NEED TO BE HAPPY LIVING IN GEORGIA, SURVEY FINDS

For a one-bedroom home at the Fair Market Rent, Georgians would have to work 100 hours a week and 2.5 full-time minimum wage jobs.

"In order to afford this level of rent and utilities — without paying more than 30% of income on housing — a household must earn $3,635 monthly or $43,618 annually," researchers wrote.

However, the average renter in Georgia earns slightly less than that with a wage of $20.48 an hour.

The report says the most expensive place to live in Georgia is the Atlanta-Sandy Springs-Roswell area, where the housing wage needed is nearly $4 more an hour compared to the state's average at $24.79. Savannah comes next, followed by Gainesville, Hinesville, and Warner Robins.

Overall, Georgia is ranked as the 26th most-expensive state in the country based on the estimated fair-market cost for a two-bedroom rental home.

To read the NLIHC's full "Out of Reach" report, click here.