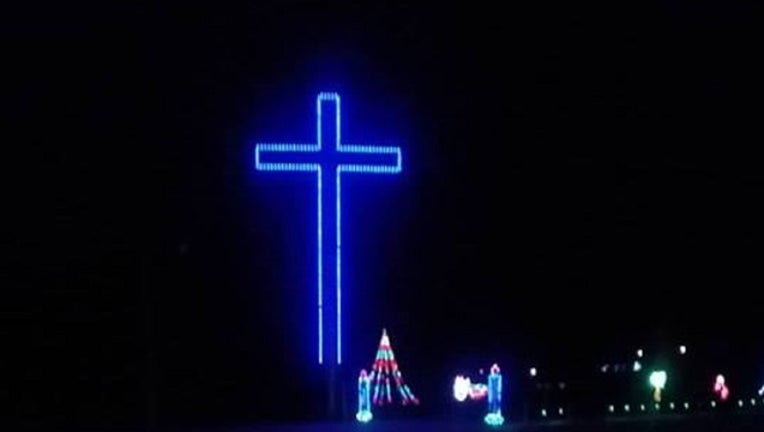 (Courtesy: Freedom For the Cross)

OZARK, Mo. (AP) - The southwest Missouri city of Ozark that had said it was removing a Christian cross from its holiday display is reconsidering.

Ozark officials originally said Tuesday that the cross would come down after the city received a complaint from the Freedom From Religion Foundation, which said the display violates the principle of separation of church and state.

SEE ALSO: Prayer in schools: Freedom of Religion vs. Freedom From Religion

Later in the day, Ozark officials announced they were reconsidering after comments from citizens caused them to believe it would be in the best interest of all parties to reconsider. For now, the cross in Finley River Park will stay while officials work through the “legalities of the situation.”

The Freedom From Religion Foundation, which is based in Madison, Wisconsin, said it filed the complaint after being contacted by an Ozark citizen.