Family of fallen officer gets replica of patrol car

LOCUST GROVE, Ga. - Alex Maddox reached out to Fairburn Police Corporal Mike Lynch after Lynch posted a photo of a replica he had made of his patrol car on Facebook. Maddox wanted to have replicas of her late husband's patrol car made for the couple's two young children.

A few weeks later, Lynch invited the Maddox family to Fairburn police headquarters and presented his children with cars of their own, exact replicas of their father's patrol vehicle.

"It was actually heartwarming. I just couldn't believe the smile on the little one's face, Alex to see the smile on her face," Cpl. Lynch told FOX 5's Deidra Dukes.

Alex was pregnant with the couple's second child, when her husband, Locust Grove Police Officer Chase Maddox, was killed in the line of duty two years ago. 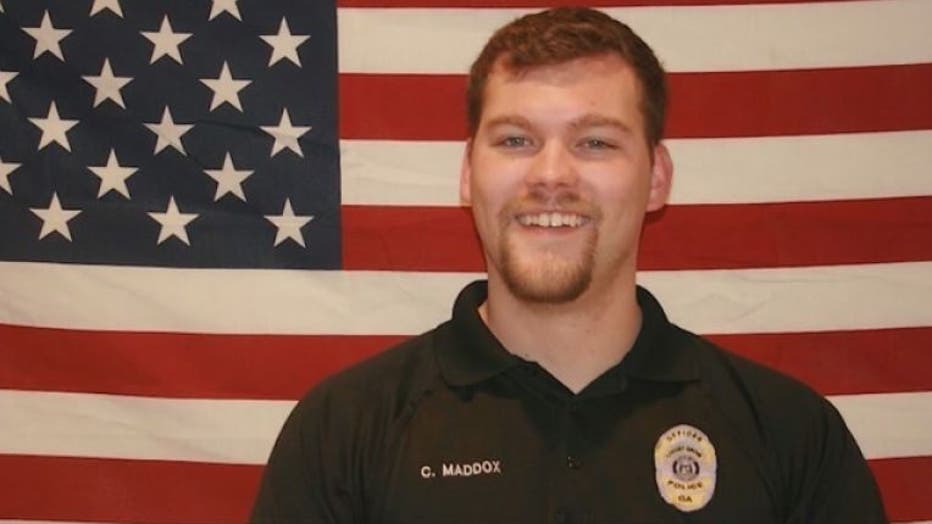 Alex Maddox said, "Having the replicas of the cars, that's just a treasure for us and captures even more of Chase that we can keep alive for the boys."

Alex Maddox recently reached out to the corporal online, inquiring about the diecast replica he'd had made of his own patrol car, wanting to have two made for her sons in memory of their father.

Lynch said, "I definitely was going to make it happen. I actually have a daughter and I can't imagine what she is going through, what the kids are going through, not ever going to know their dad." 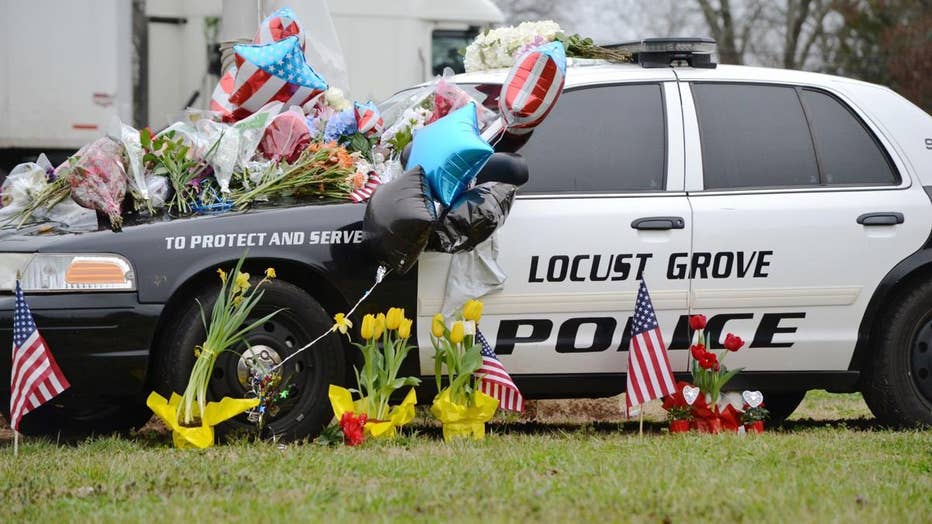 Lynch paid for the cars out of his own pocket and reached out to Cardinal Police Diecast.  They replicated the late officer's patrol car free of charge.

"The detail that goes into it", Lynch said, "It looks like a real police car.  I was very impressed, and I was honored to be able to give them to Ms. Maddox and her children."

Cpl. Lynch's colleagues were on hand when he presented the special gifts to 9-year-old Bradin and 2-year-old Bodie as mom Alex looked on. "It was amazing, all the detail. It looks just like Chase's car and it's extra special to us because Chase took a lot of pride in Locust Grove car number 9."

Maddox grew emotional at times during our conversation as she spoke of the overwhelming show of support and love her family has received since her husband's death.

"Just knowing people still love Chase, and care about our family, and want to keep his memory and service and sacrifice alive two and a half years later, I just can't describe how heartwarming it is and comforting it is for us."