Smyrna police said they were called to a scene about a suicidal man at an apartment complex. When the man pointed a gun at law enforcement, an officer responded by shooting their firearm.

SMYRNA, Ga. - The Georgia Bureau of Investigation confirmed the man who was shot after allegedly pointing a gun towards law enforcement on Saturday has died.

According to investigators, the shooting happed at 5000 S Lincoln Trace in Smyrna. Records show the Edison at the Battery apartments are located at the address, which is near Truist Park in Cobb County.

FOX 5 crews on the scene saw that the location was taped off by police and GBI personnel.

At that point, the officer responded by firing their gun. 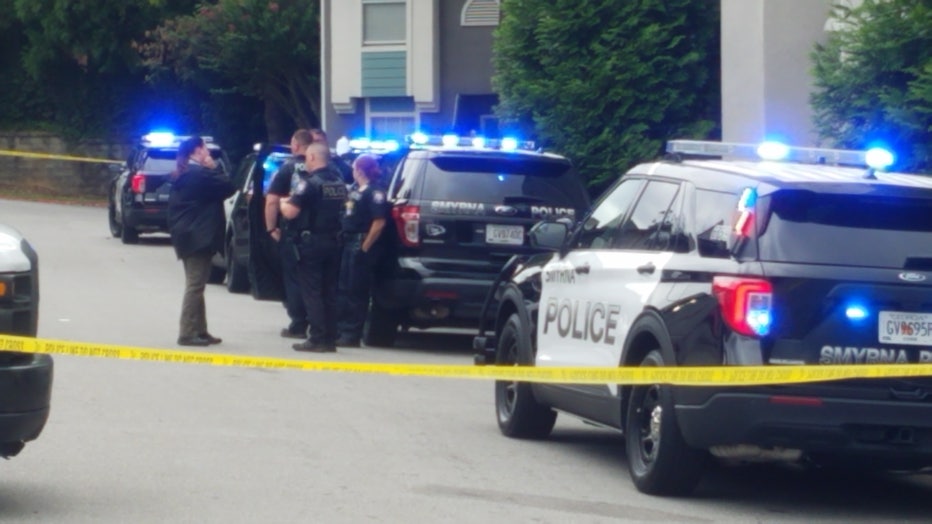 At least one person was shot by an officer, authorities confirmed. (FOX 5 Atlanta)

The man was taken to a nearby hospital, where he underwent surgery, officials say. On Sunday, the GBI said in a statement that 27-year-old Unsfored Lewis Thurmond III died as a result of his injuries.

The Smyrna Police Department requested assistance from the Georgia Bureau of Investigation.

This marks the 71st shooting involving a police officer in Georgia this year. According to police, 39 of those shootings have been fatal.