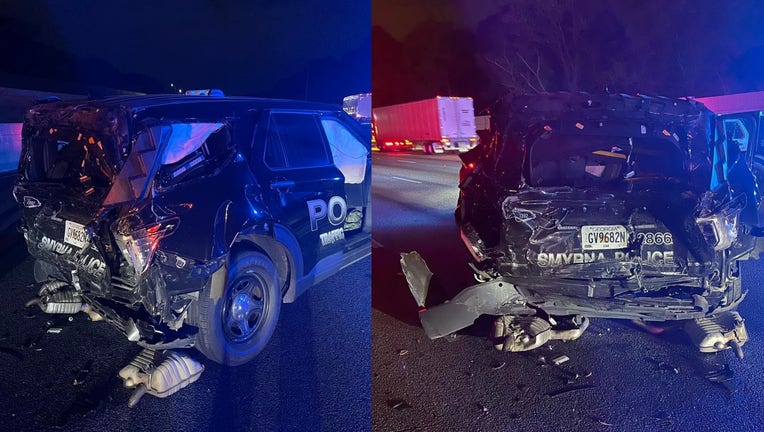 SMYRNA, Ga. - Smyrna police are warning Georgia drivers about the importance of the state's move-over law after a dangerous crash on Interstate 75.

The Smyrna Police Department shared photos of one of its officer's patrol vehicle that fell victim to someone who didn't adhere to the rules of the road.

According to officials, on Saturday night, the officer was driving home from work when he pulled over on I-75 to help a driver who was stranded on the interstate.

After putting his emergency lights on, the Smyrna sergeant sat in his patrol car and called additional units for help getting the driver off to a safe location.

At that time, police say another car slammed into the rear of his patrol vehicle, totaling both the vehicles.

Despite the serious damage, no one was seriously hurt.

Officials want drivers to remember that Georgia's move over law requires drivers to move over one lane when possible if an emergency vehicle is parked on the shoulder of the roadway with its emergency light on.

If traffic is too heavy to safely move over, you should slow down below the posted speed limit and be prepared to stop.