ATLANTA - A massive eyesore is making a portion of the BeltLine even more congested on days when the weather is nice and people are out and about.

Massive sinkhole on the BeltLine

Crews believe the recent storms and a 100-year-old pipe could've caused the mess.

City crews are working to repair a sinkhole near Inman Park and Old Fourth Ward, right outside Ladybird Grove and Mess Hall.

Crews tending to the hole told FOX 5's Alex Whittler the rain and a 100-year-old pipe could've caused the mess. 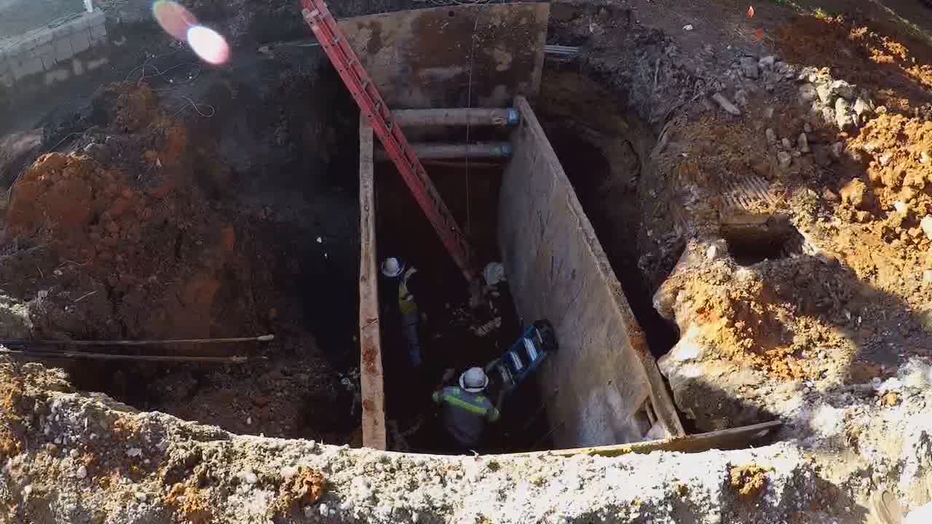 There is no threat to public safety, as crews are calling this a washout and don't consider it to be a typical sinkhole.

The warmth drew people out on Friday despite the 10-15 foot ditch outside Ladybird.

Saturday’s sunshine likely lured the rowdy crowd too, even though crews were forced to expanded the hole to get to root of the issue.

Neighbors tell Whittler they first noticed trench in the middle of the week.

The city put a detour in place, although not many walking the BeltLine Friday and Saturday seemed inclined to take it. 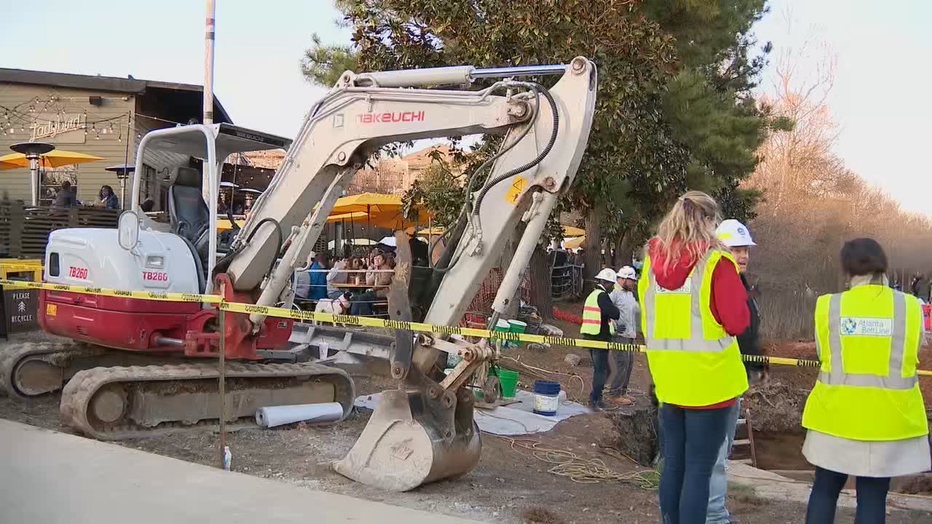 Most stepped beyond yellow caution tape, shimmied around the patio at Kevin Rathbun's Steakhouse and into a muddy mess just to doge the hole.

"It's definitely an eyesore but, in my opinion, not a problem as long as it’s taken care of quickly," Quinn Ruhl said.

Ruhl says she walks the BeltLine at least twice a week and will continue to stop by the restaurants in the area as repairs are made. 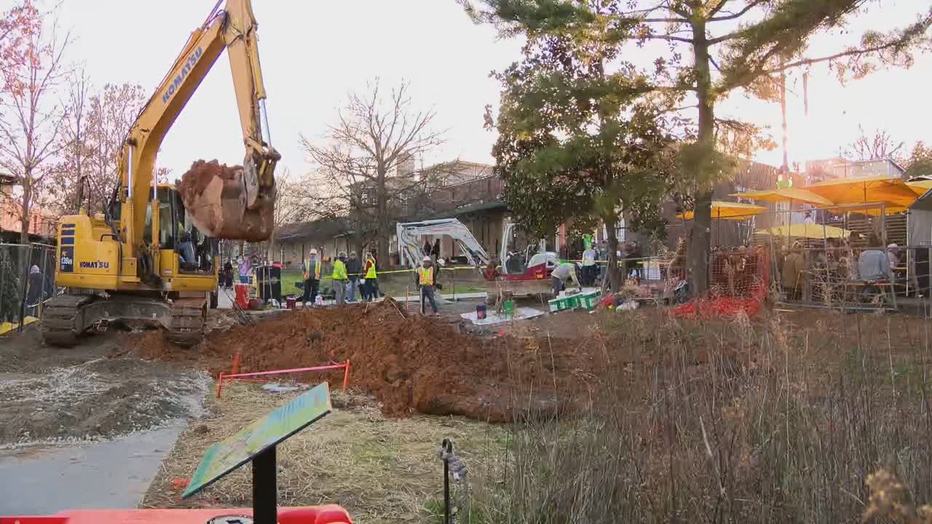 Crews said they're filling the hole with liquid polyurethane and anticipate the mess will be complete before Sunday evening.