Police are searching for the gunman who shot a Lyft driver in southwest Atlanta.

ATLANTA - Atlanta police are investigating after a Lyft passenger was shot under an Interstate 85 overpass in southwest Atlanta.

Officers were called out to Cleveland Avenue, just under I-85 for a reported shooting. Atlanta police spoke with the Lyft driver who said he picked up two men and a woman. He told police the man in the back shot the man sitting in the front passenger seat. The man and the woman in the back then ran across the highway

A passerby stopped and took the man to Grady Memorial Hospital. He is listed in critical condition as of Thursday evening. 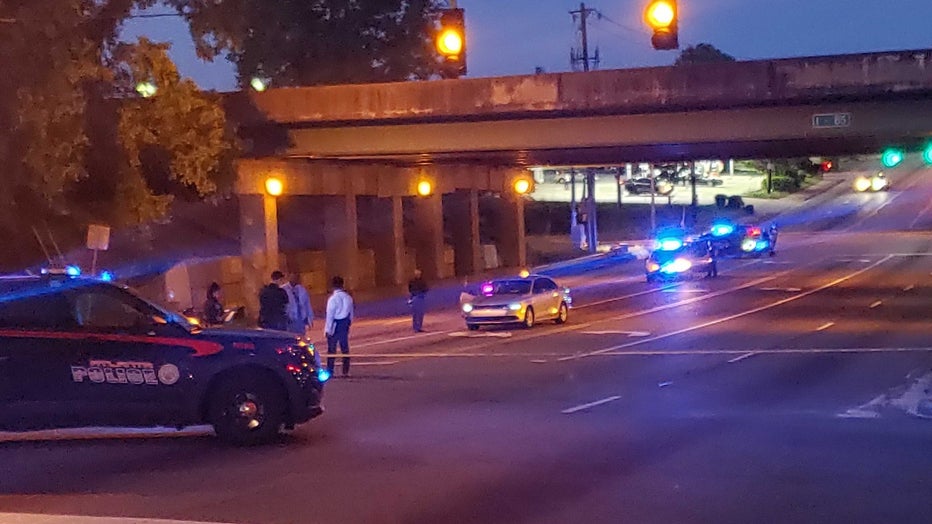 Police investigate a shooting under I-85 along Cleveland Avenue in southwest Atlanta on May 20, 2021.

Investigators worked into the evening trying to piece together what led to the shooting.