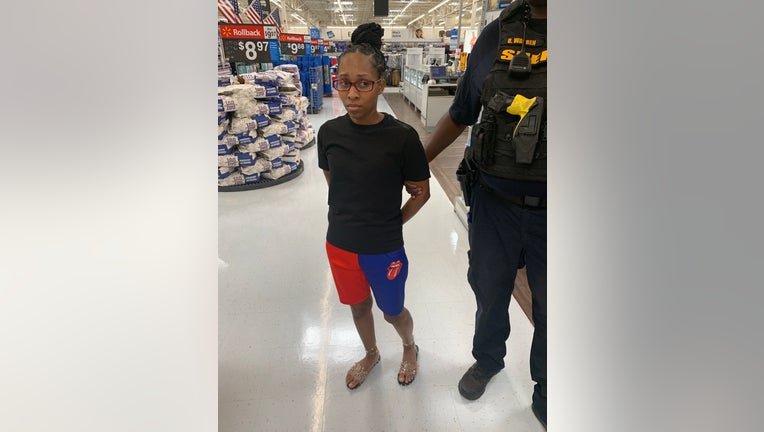 Officials say on Thursday, after word spread through social media that there possible could be riots happening in Atlanta the suspect, identified as Jessica Kurtz, posted a threat to officers.

"When y'all have a riot and start beating cops ... start in Clayton County," Kurtz posted on Thursday, the Clayton County Sheriff's Office said.

PHOTOS: Peaceful protest over death of George Floyd turns to night of violence in Atlanta

According to the sheriff, Kurtz also suggested that rioters "take all their a** out."

After the post got to local law enforcement, the Clayton County Sheriff's Office issued a warrant for her arrest for offense against public order and safety by terroristic threat.

Kurtz was arrested by deputies Thursday night while she was shopping at a Clayton County Walmart.

She is now in custody at the Clayton County Jail.