Rain and storms ahead of a cold front. Starting out with seasonably warm temperatures.

ATLANTA - Those across the South will want to be "weather aware" on Wednesday as a powerful front is expected to move through bringing strong to severe storms.

It's expected to be a nocturnal event, with the severe storm risk mainly Wednesday night into early Thursday morning.

Tuesday was a record-setting day with Atlanta hitting 75, topping the old mark of 74. Now, it is a waiting game for showers and thunderstorms expected to move into the area on Wednesday.

Temperatures could set record highs for New Year's Eve. The weekend will be a bit shocking as temperatures drop into the 40s. 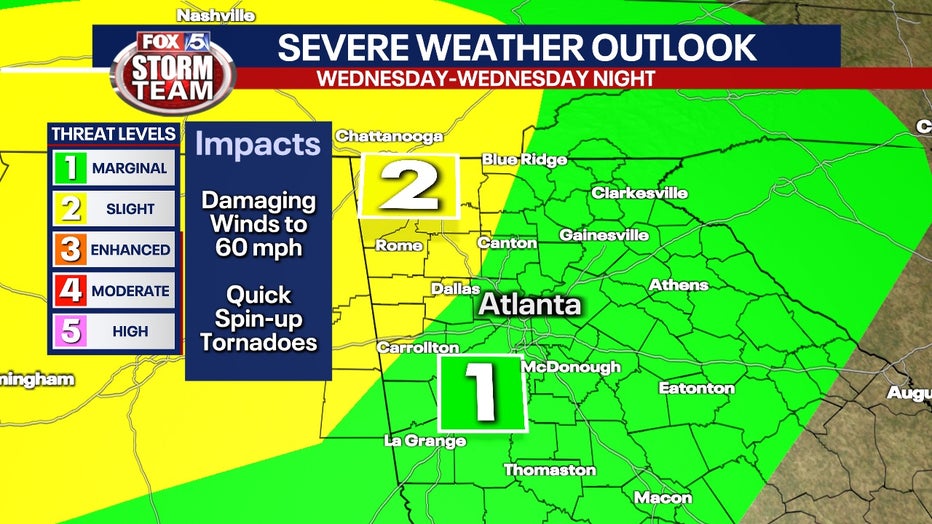 The biggest weather focus in north Georgia should be the prospect of severe storms Wednesday night and again on Saturday. 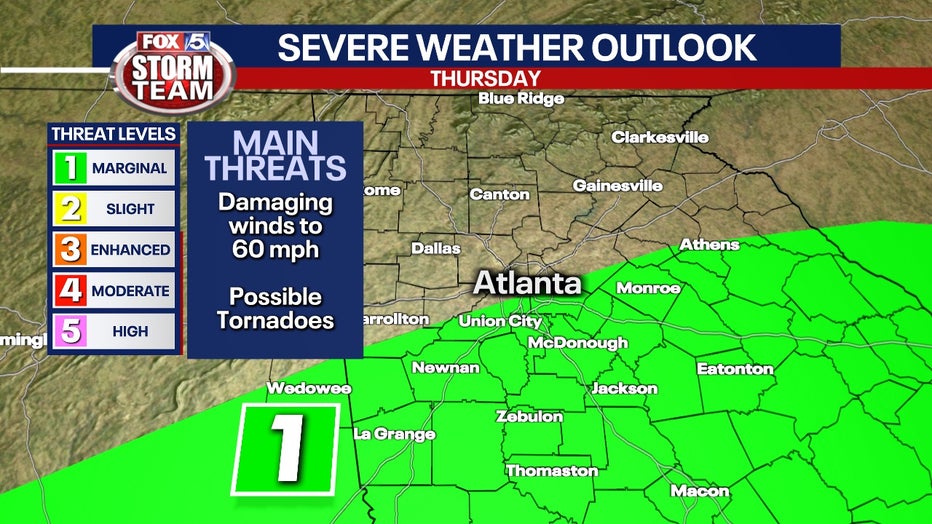 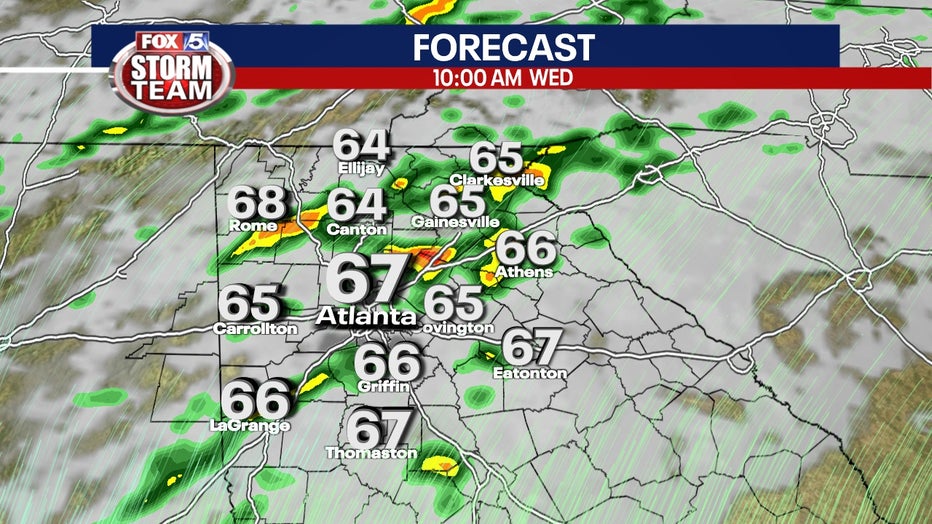 The greatest threat will be damaging winds and a low risk of a quick spin-up tornado. 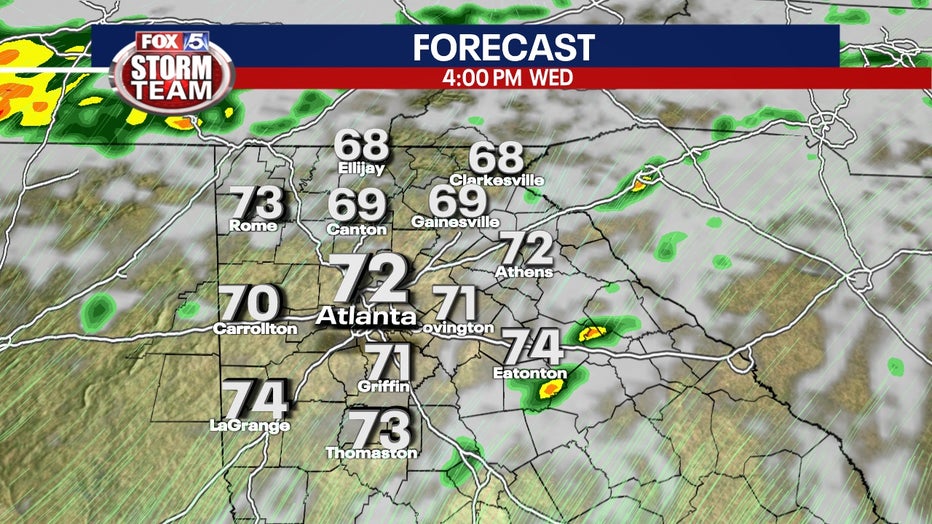 The severe storm risk shifts south of Atlanta on Thursday. 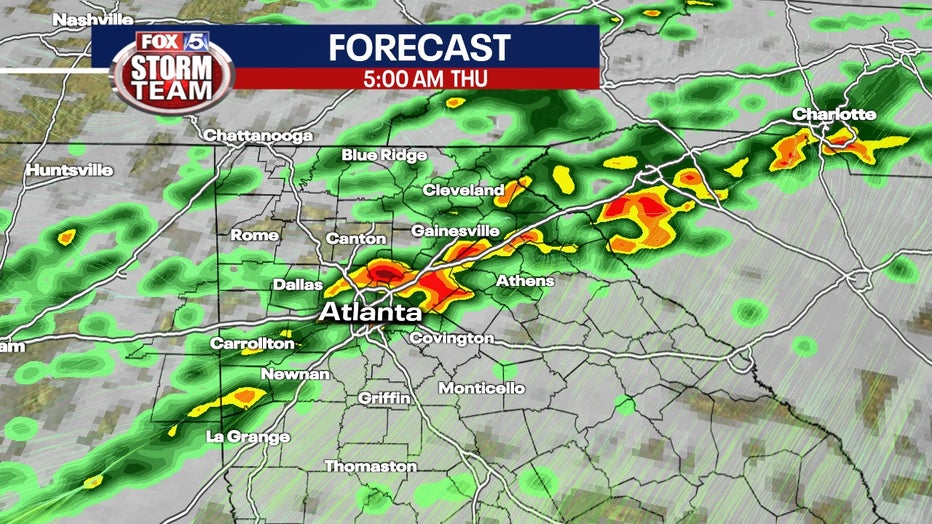 Temperatures will be near records into the weekend before a chill returns late Sunday and into Monday. 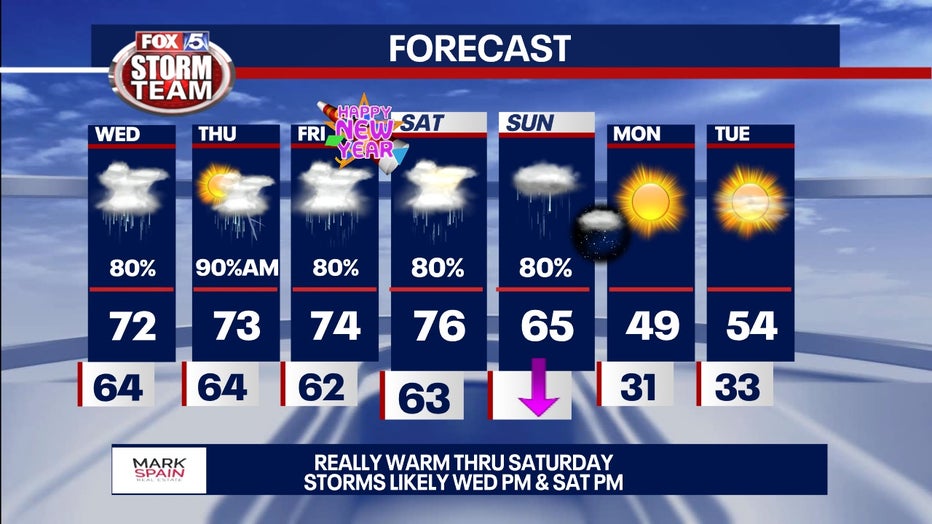 As the cold air rushes in on Sunday night, a few snow flurries are possible.