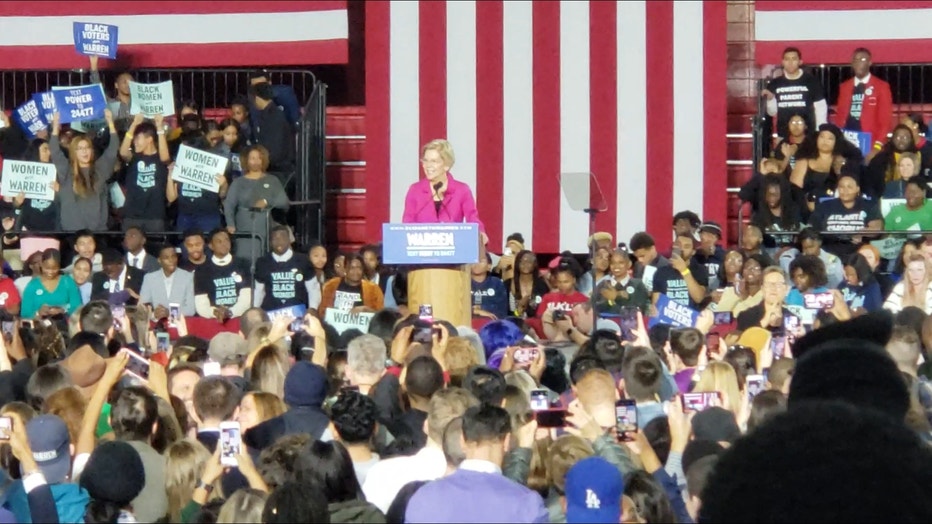 Almost 24 hours after joining other democratic hopefuls for a debate at Atlanta-based Tyler Perry Studios, Warren gave a speech that honored the work of Black women in history. Many of the historic figures had connections to Atlanta.

"I feel like she is very passionate toward  Black women because we do count," says Caylin Carter, A Clark Atlanta University student. "I feel like our voices are finally being heard by somebody"

A group of people with the Powerful Parents Network interrupted Warren's speech multiple times. The group is furious over the candidate's plans which would freeze funding for new charter schools. Protestors say it limits the options for parents when selecting schools for their children.

"Our kids are stuck in failing schools," says Sarah Carpenter, a Powerful Parent Network representative. "We live this stuff every day, all over the country and we want what's best for our babies."

During the address to a diverse room, Warren promised her student loan debt forgiveness, legalizing marijuana, repealing the 1994 crime law, and on her first day sign an executive order to boost the wages of Black and Latino women.

The Democratic presidential candidates spend the day stumping in Atlanta