FULTON COUNTY, Ga. - The two men charged in the shooting death of 8-year-old Secoriea Turner plead not guilty in court at an arraignment hearing Tuesday morning.

Appearing via Zoom, Conley and McKinney pleaded not guilty to all charges.

Secoriea's parents and other family members came to court for the virtual proceedings. Her mother tells FOX 5 witnessing her daughter's accused killers claim they were innocent in court was difficult.

8-year-old Secoriea Turner was shot and killed on July 4, 2020 at a makeshift roadblock in southwest Atlanta near the Wendy’s where Rayshard Brooks was slain by an Atlanta police officer.

"It isn't easy," said Charmaine Turner, "but we will be here every court date. Fighting for justice for Secoriea."

Conley and McKinney were charged with pointing AR-15 style guns at former NPU Y Chair Christopher McCord, just minutes before Turner was shot. That came out during the preliminary hearing for Conley.

According to police, Turner was riding in a Jeep with her mother and an adult friend when they turned off the Downtown Connector onto University Avenue slightly on the night of July 4, 2020.

Protestors had recently erected illegal barricades, according to authorities, encircling a nearby Wendy's that became a gathering point after Rayshard Brooks' death at the hands of an Atlanta police officer. 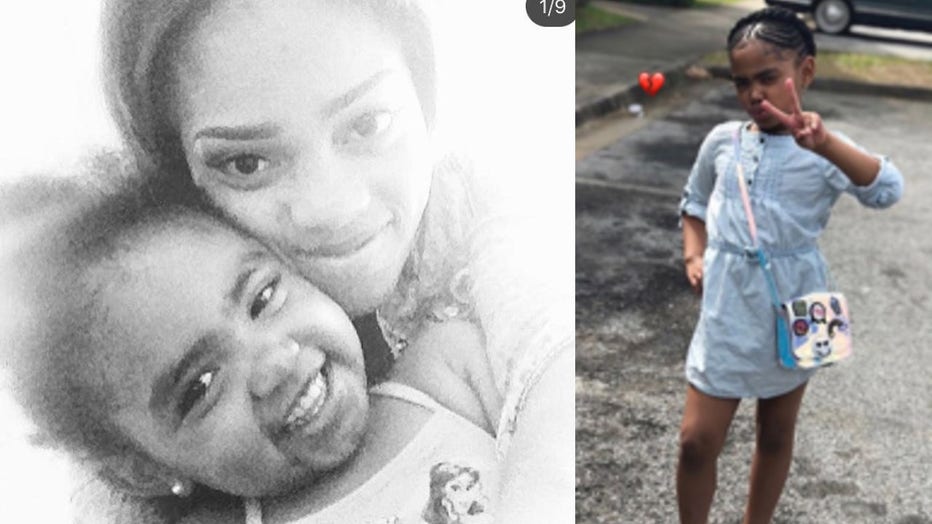 Secoriea Turner was shot and killed on the 4th of July in Atlanta. (Atlanta Police Department)

Prosecutors say both Conley and McKinney are gang members who were involved in the violent demonstration.

Speaking into the press after the court proceedings, Turner's uncle said that they do not want revenge and simple want justice.

"The killers that did this have no remorse, but we know that God is intervening right now," Secoriea's uncle Gregory Williamson said. "We don't believe in revenge because we let God handle everything. We just want the world to know is that we don't want revenge, we want justice. They took an angel from us."

Surrounded by loved ones outside the Fulton County Courthouse, both parents spoke of all that was lost the day his daughter died.

The family is praying that justice will come for Secoriea in a Fulton courtroom with guilty verdicts.

"We trust in the word, we trust in God," Williamson told reporters.

The parents of Secoriea Turner have filed a lawsuit against the city of Atlanta over her death.