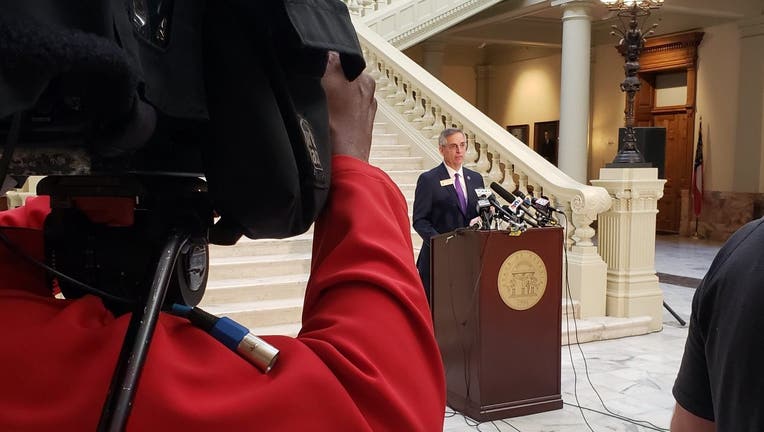 ATLANTA - Georgia Secretary of State Brad Raffensperger said Wednesday that he wants counties to finish counting absentee ballots by the end of the day on Wednesday.

"My team has sent reminders to counties to get all, let me repeat, all of our results counted today.  Every legal vote will count," said Sec. Raffensperger.

As of Wednesday morning, the Secretary of State's Office reported that counties had an estimated 200,000 absentee ballots remaining.  Many of those ballots were concentrated in the large metro-Atlanta counties of Fulton, DeKalb, and Gwinnett, leaving some doubt as to whether they could all be processed in a single day.

"We're pushing really hard for that," Raffensperger explained.  "If we don't get it there, but we get the numbers so small that then there's no question of who actually the winner is, I think that would be helpful--really remove a lot of those questions that people might have."

Raffensperger stressed that his office will conduct a statewide audit of the results.

"Completing this general election is a huge hurdle crossed, but it's far from the end of our work," said Sec. Raffensperger.

Some counties will have to hold runoff elections on December 1 and the entire state will participate in a runoff for the Senate Special Election between Sen. Kelly Leoffler (R) and Rev. Raphael Warnock (D) on January 5.