Road rage shooting along I-75 in Clayton County

Someone shot an Indiana man in what police are calling a road rage shooting.

CLAYTON COUNTY, Ga. - Police in Clayton County believe an early morning shooting along Interstate 75 was the result of a road rage incident.

It happened along I-75 South near Mt. Zion Blvd just before 2 a.m. Friday. Clayton County police officers responded to a report of a person shot. When officers arrived at the scene, they found a man suffering from an apparent gunshot wound. He was rushed to an area hospital for treatment.

The victim was listed in critical but stable condition as of Friday afternoon.

Investigators believe the shooting was prompted after two vehicles tried to merge into the same lane. The driver of a sedan got upset at the driver of a pickup truck and opened fire, police said. That bullet entered the cab of the truck through the rear window, striking the man.

"The person just fired upon out of anger and didn’t think of the consequences of firing a gun out of anger," Clayton County Police Captain Christopher Windley said.

SEE ALSO: Police: Texas man shot and killed on I-85 in Gwinnett County 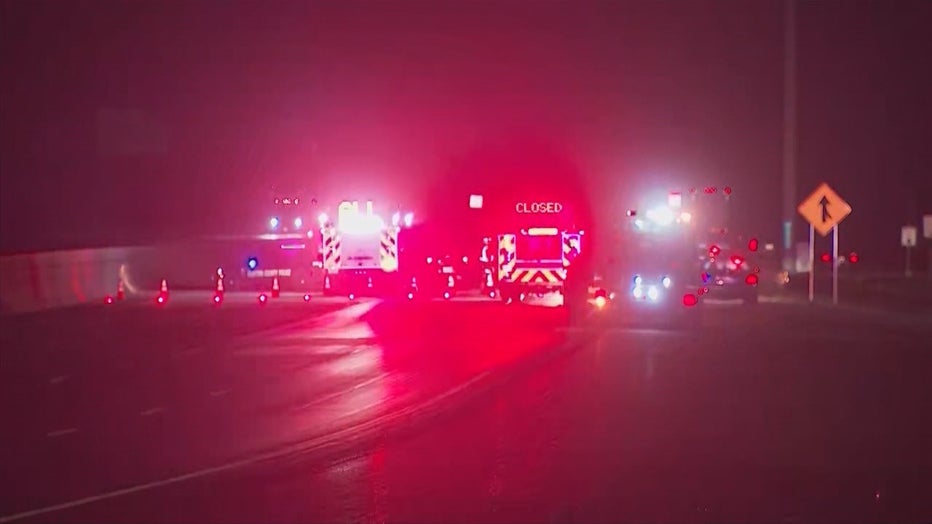 I-75 southbound near Mt. Zion Blvd. in Clayton County was shut down due to a road rage shooting, police say, during the early morning hour of March 5, 2021. (FOX 5)

Police said there were four people in the car that was fired upon. They were traveling from Indiana to Florida on vacation.

Investigators said the suspect’s vehicle got off the interstate at the Mt. Zion Blvd. exit and took off from the scene.

Investigators said there was no surveillance video of the sedan and officers are working to get a better description of the car.

"Driving in Georgia is a privilege. Let’s look at it that way. We all make mistakes on the roadway and nobody is perfect," Windley said.

Investigators urge drivers to think before they act behind the wheel.

"Think about what you’re doing. Take the time to calm down and try to be safe for everyone and safe for the community," Windley said.

When caught, the shooter faces four aggravated assault charges and other charges from the incident.

Anyone with information is asked to call the Clayton County Police Department.