A retired police major discusses not only the changes needed within the police force but also the changes the community needs to have about officers.

DEKALB COUNTY, Ga. - As many Americans continue to struggle with the fractured relationship between police officers and civilians, a retired DeKalb police major insists there are lots of invaluable lessons everyone can learn from following the brutal death of George Floyd.

K.D. Johnson told FOX 5's Portia Bruner there's no question why the deadly encounter triggered such a seismic shift in the American psyche.

"He's calling for his mom and he's saying he can't breathe and you see this gentleman police officer put his hands in his pocket - that right there will send anybody into a rage. Something is terribly wrong with a man who put the uniform on and acts that way," said Johnson, who worked for the DeKalb Police Department for 30 years.

"Police officers are going to have to overextend what they do as far as being friendly in the community. You're going to have to let people know that you care. hey're going to have to pull over when they're patrolling and say hello to the folks mowing their lawn or walking through a neighborhood with their kids. They have to start talking to those folks and let them see we are human first and an officer second," he said. 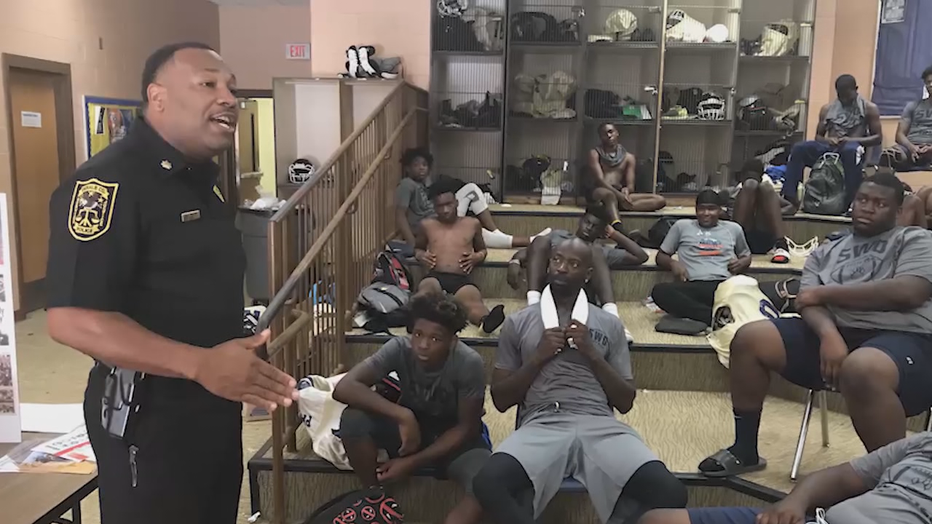 K.D. Johnson worked for the DeKalb Police Department for 30 years.

Johnson said officers and deputies also need to be more proactive when it comes to deescalating conflict with civilians and said officers must have the courage to intervene before their colleagues use excessive force.

"Once you see an officer losing control, you've got to police each other. You've got to pull him to the side and take him out of that situation. I've seen it and I've done it. It has to happen," said Johnson, who spent the last several years of his career at the South DeKalb precinct.

He said civilians must also change their perception of law enforcement officers and extend an olive branch of trust.

"Right now, the trust is gone and that's not the way should be because everybody's looking at police officers, black or white like they're all bad players and we have a lot of guys who do a good job every day," Johnson said.

According to Johnson, conflict can be avoided if civilians follow an officer's orders.

"Resisting - that does not work for anybody because it goes from just a regular verbal altercation to sometimes physical and nobody wins. If you disagree with the arrest, the side of the road is not a place to exercise that grievance. You just have to comply. But just because an officer has an authority to do something doesn't mean they have to do it," said Johnson. "The bottom line is that both sides are going to have to do something if we are going to make any kind of progress."

Johnson shared the following guidelines for interacting with the police:

10 Rules of Survival if Stopped by the Police

What the public can do when they witness police-involved incidents;