Retired neurologist gets help for falling

A retired Atlanta neuro-opthalmologist was constantly losing his balance. In December, Spector came to FYZICAL Therapy & Balance Center in Atlanta, to work with Shantha Nithiananda a, physical therapist who is also board certified in neurology and got to work.

ATLANTA - At 77, Bob Spector is now a believer in a type of therapy he knew nothing about until a few months ago.

It began with a pretty big problem.

"I was falling down a lot," Spector says. "It was incapacitating. I stopped driving. I couldn't do anything that required movement and balance."

Once he was moving in one direction, Spector says, he was unable to stop.

"One time, I went straight into a tree," he says. "And, I was about 50 feet away, so it wasn't as if I didn't have a warning the tree was there. I just couldn't get out of the way."

Doctors don't know exactly what threw off Spector's balance, and there are likely several factors at play, including his age and his immobility after a couple of knee surgeries.

He tried physical therapy, but says he was still getting tripped up.

"At the worst, I couldn't stand up on two feet without wobbling," he says.

Reading over notes from his prior therapist, Nithiananda thought she might be able to help him.

"She was saying he's having up to multiple falls a day, and they're really scary ones, and it's stressing his wife Lori out," Nithiananda says. "He's had to go to the ER before, because he's broken fingers, trying to catch himself." 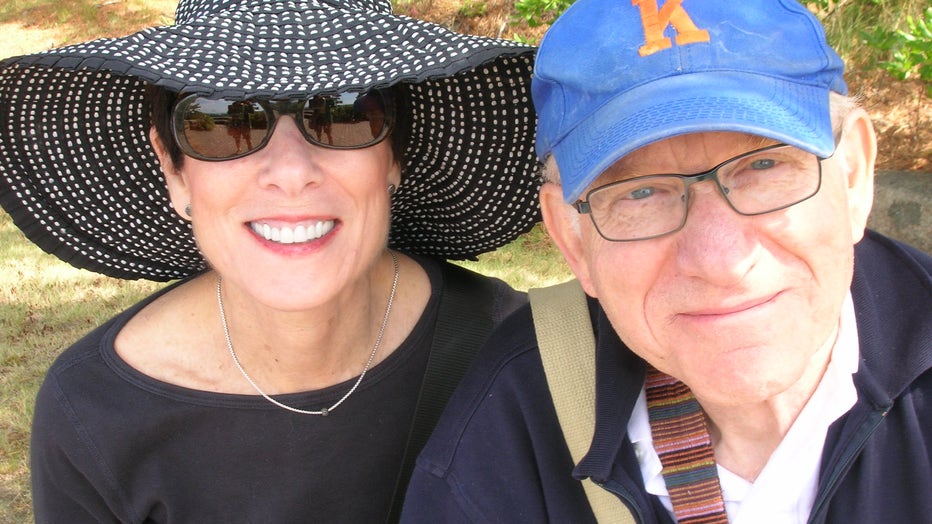 So, Spector and Nithiananda got down to work.

She specializes in neuro rehab therapy, which involves working with people with neurological disorders.

The goal is to slowly retrain their brains, improving their balance, movement and walking, or gait.

"Here I was a neurologist," Spector says. "So, I knew balance. But, I knew nothing about rehabilitation.

"I kept on saying to Shanta, 'Geez, I never knew this existed.'"

Nithiananda says one of the key things that helped Spector was an overhead support system that help him up and prevented falls while he worked on rebuilding his balance.

"That really gave me the freedom to take someone with an athletic mindset, and really challenge him and push him to do things that would not have been safe in any other setting," she says. "They would not have been possible, I wouldn't have dreamed of doing them, if we didn't have this kind of setup."

Spector has a hard time navigating narrow spaces without falling, so they are working on that. 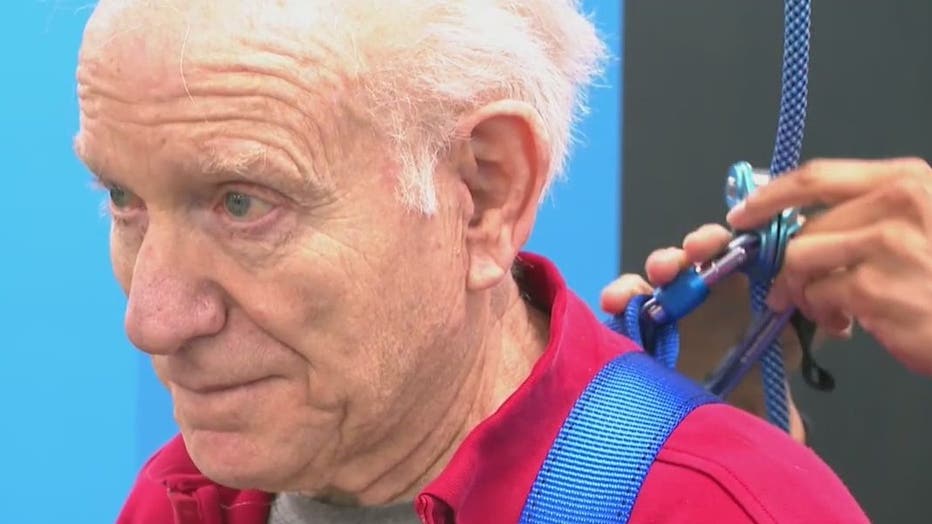 Bob Spector is tethered while working out to prevent him from falling. (FOX 5)

On a treadmill, he is also relearning how to slow his body down once he is moving.

"Because I have the overhead support system, we can speed up and go faster than maybe he's comfortable with, fast enough to really drive those brain changes that are going to help him with his balance," Nithiananda says.

It took 2 or 3 weeks to start seeing some small improvements.

But, after 4 months, Spector and Nithiananda are making real progress.

Spector still occasionally falls, but he hasn't hurt himself in months.

Nithiananda says the goal is to stop the falls, and, she says, they are getting there.

"Bob is doing really well," Nithiananda says. "I couldn't be happier that the falls have been less. He's not injury himself when he is falling. But, I think we still have room to go. I agree with Bob: let's see how good we can get him."