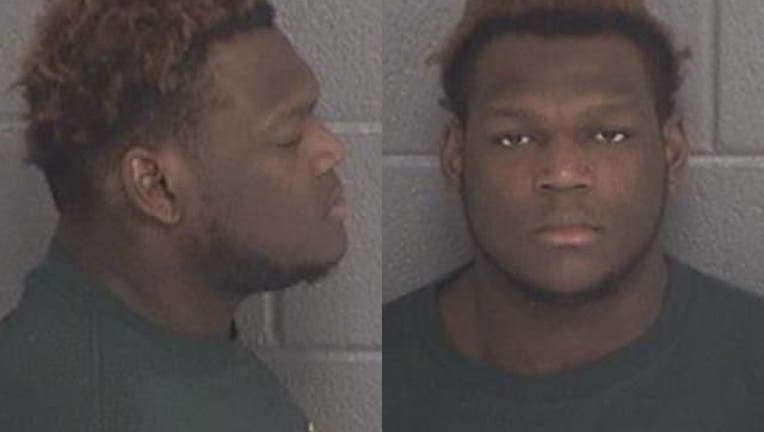 BARROW COUNTY, Ga. - Authorities in Barrow County said former University of Georgia and NFL offensive lineman Isaiah Wilson was arrested in January when he fled from law enforcement at speeds of 140 mph and was caught with drugs in his car.

An incident report stated Wilson was driving a 2006 Dodge Charger with a Tennessee license plate on University Parkway in the early morning hours of Jan. 7 when he sped past a deputy at approximately 123 mph.

According to the incident report, a Barrow County deputy activated his emergency lights and siren and attempted to catch up to the Charger. The deputy wrote the Charger began to accelerate away. The officer called for assistance and advised officers that speeds were at 140 mph.

The pursuit continued for some time, according to an incident report. It ended with an ICE agent holding Wilson at gunpoint. The incident report said Wilson was standing up in his car with his upper body out of the sunroof when the deputy arrived. Authorities instructed Wilson to lay down flat on the ground, according to the report.

Officials claimed to find 3.4 grams of marijuana, .2 grams of Acid and a metal grinder.

Wilson, was an offensive tackle out of the University of Georgia and drafted No. 29 overall in the 2020 NFL Draft by the Tennessee Titans.

The first-round pick played in one game for the Titans in 2020. He was twice placed on the reserve/COVID-19 list during the 2020 NFL season. Wilson was reportedly arrested for DUI in September. On Dec. 9, Tennessee placed Wilson on the non-football illness list to deal with "personal issues."

Wilson was traded by the Titans on March 8, then waived by the Miami Dolphins on March 20, months after the alleged incident in Barrow County.