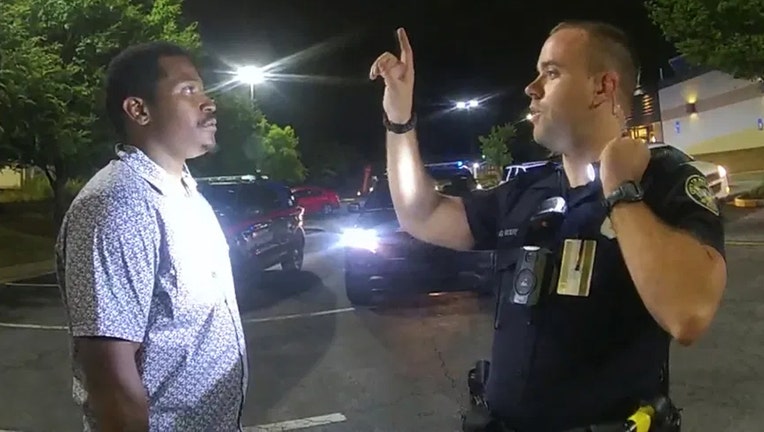 ATLANTA - After his firing by the Atlanta police department was reversed last week, the officer who fatally shot Rayshard Brooks is asking a judge to change the conditions of his bond as criminal charges against him remain pending.

Garrett Rolfe faces charges including murder in the June 2020 shooting of the 27-year-old Black man. When she set a $500,000 bond for Rolfe last year, a judge imposed a number of conditions, including wearing an ankle monitor, complying with a curfew, not possessing any guns and having no contact with Atlanta police officers.

Rolfe’s lawyers, who have maintained that he acted correctly in the confrontation with Brooks, argued in a motion filed in Fulton County Superior Court on Friday that those conditions should be lifted. A Georgia Bureau of Investigation examination of the case shows that some statements about the shooting made by then-Fulton County District Attorney Paul Howard during a news conference and reiterated to the court by assistant district attorneys were not true, Rolfe’s lawyers wrote.

"Now that the independent investigation by the GBI has been completed and Paul Howard is no longer around to misinform the public and this Court about the facts of this case, it is time for this Court to re-examine the conditions of bond imposed on Officer Rolfe," the motion says. 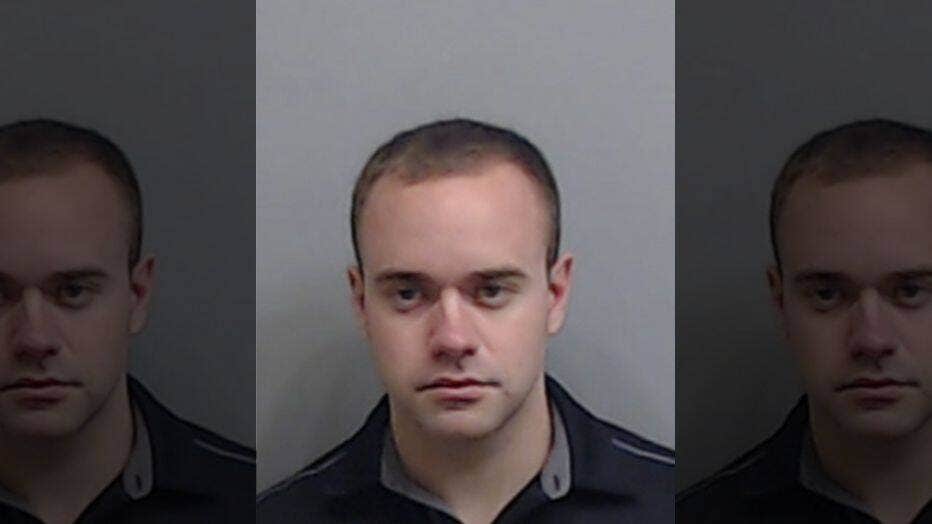 Howard did not immediately respond Tuesday to a voicemail message left at his law office.

Rolfe’s bond conditions prevent him from working for the Atlanta Police Department, his lawyers wrote.

The officer was fired a day after he shot Brooks, but the Atlanta Civil Service Board last week reversed his firing, saying the city failed to follow its own procedures for disciplinary actions. Rolfe will remain on administrative leave until his criminal charges are resolved, police have said.

Howard announced charges against Rolfe and the officer involved less than a week after the shooting and before the GBI investigation was complete. The agency does not make its investigation reports public while a case is still pending, but Rolfe’s defense attorneys wrote in their motion that they had reviewed the GBI’s report on Brooks’ death.

Howard quoted Rolfe as saying, "I got him." But no witness interviewed by the GBI said that, defense attorneys wrote, adding that they have an expert who’s prepared to testify that the statement was made by a bystander.

Howard and an assistant district attorney also said Rolfe kicked Brooks as he lay on the ground. A GBI review of videos concluded that it appeared Rolfe was "stepping over" Brooks, defense attorneys wrote.

Howard said the Taser Brooks had taken from an officer had already been fired twice and was no longer a threat when Rolfe shot him. But Howard didn’t mention that Brooks pulled the trigger three more times, showing his intent to harm Rolfe, defense attorneys wrote.

Howard said Brooks was "slightly impaired" the night of his death, but the GBI report says he had a blood alcohol level of .102 and that his blood tested positive for several drugs, including cocaine, Rolfe’s defense attorneys wrote.

Brooks’ widow, Tomika Miller, said during Rolfe’s bond hearing that her husband "wasn’t perfect, but he didn’t deserve to die."

Police responded last June 12 to complaints that Brooks had fallen asleep in his car in the drive-thru lane of a Wendy’s restaurant. Police body camera video shows the 27-year-old man struggling with two white officers after they told him he’d had too much to drink to be driving and tried to arrest him. Brooks grabbed a Taser from one of the officers and fled, firing it at Rolfe as he ran. An autopsy found that Brooks was shot twice in the back.

Rolfe hasn’t been indicted and the criminal case against him is currently stalled.

Howard’s successor, Fani Willis, who took office in January, is seeking to recuse herself from this case and another, citing actions by Howard. She said Howard likely violated prosecutorial ethics in his lengthy news conferences and use of the cases in his campaign. She also noted that the state attorney general had asked the GBI to investigate whether Howard improperly issued grand jury subpoenas in the Rolfe case.

A judge is currently deciding whether Willis’ office should be recused from the Rolfe case.