The East Atlanta resident said she believes she was targeted because of the Black Lives Matter sign in her yard.

ATLANTA - Brittney Burnett is trying to figure out who left a disturbing pamphlet littered with racist language in the front seat of her car.

"I remembered, I think I left my car unlocked overnight, so someone actually came up on our property and put it inside my vehicle," Burnett said.

The car was parked in the driveway of her East Atlanta home.

Burnett, who is white, said she believes she was targeted because of the Black Lives Matter sign in her yard.

"It’s clearly not someone we know personally because we spend a lot of time in our front yard, and it’s written directed at a Black family specifically," Burnett said. "So they don’t know we are not a Black family." 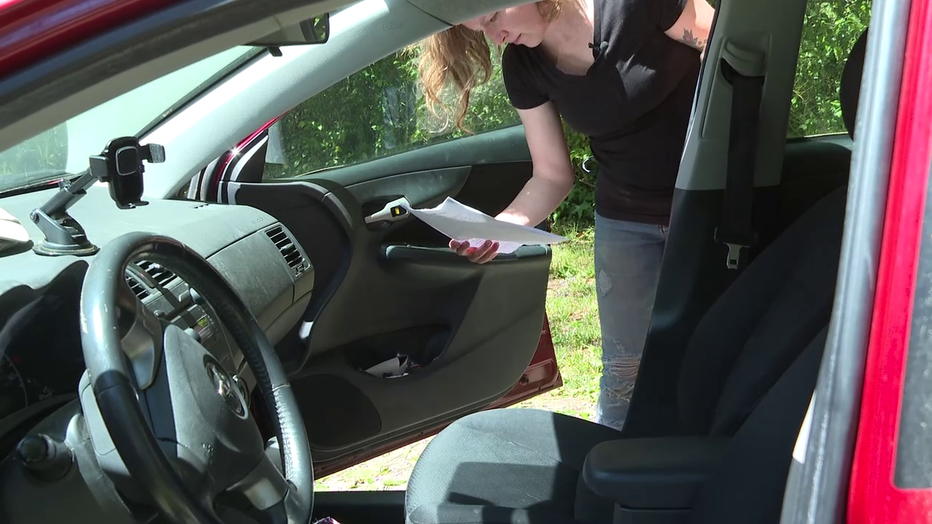 "If you really think Black lives matter – don’t put a sign in your yard -- Tell them to stop murdering each other," the pamphlet reads.

She said her neighborhood is predominantly Black and she is relieved that as far she knows none of her Black neighbors were targeted.

"I’m just glad it came to us and not someone who would actually feel threatened by it and feel hurt by it," Burnett said. "It would break my heart if one of my neighbors’ kids had found it."

The pamphlet didn’t include any contact information or anything to identify its author, but Burnett has a message for whoever is behind it.

"If I could say one thing to this person, it's that this type of hate is not welcome here," she said. "We have moved past this as a society, and we’re building a better world and if you don’t want to be a part of it, you can leave."

Burnett said she reported it to the Georgia Bureau of Investigation.