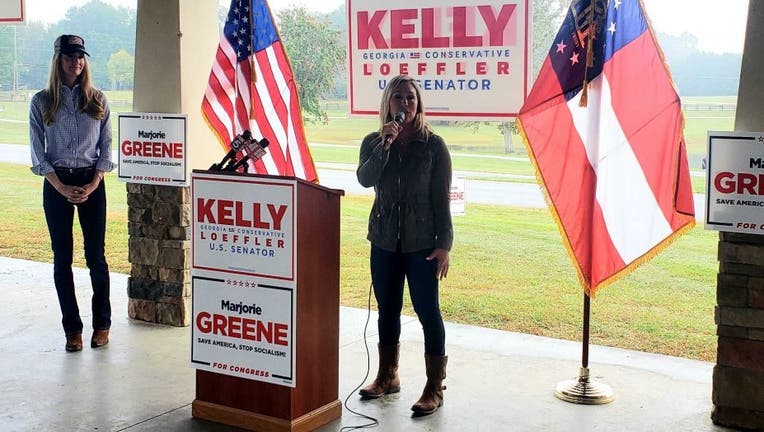 ATLANTA - Marjorie Taylor Greene, a Republican businesswoman known to have peddled in racist tropes and baseless QAnon conspiracy theories, has been formally voted in to represent Georgia’s 14th Congressional District on Tuesday.

Greene has a history of bolstering QAnon, a far-right conspiracy theory centered on the baseless belief that President Donald Trump is secretly fighting enemies in the “deep state” and a child sex trafficking ring run by satanic pedophiles and cannibals. She later distanced herself from the conspiracy theory.

In a series of videos Greene also alleged an “Islamic invasion” of government offices, claimed Black and Hispanic men are held back by “gangs and dealing drugs,” and pushed an anti-Semitic conspiracy theory that billionaire philanthropist George Soros, who is Jewish, collaborated with the Nazis.

Earlier this month, Greene made an appearance with Sen. Kelly Loeffler to endorse her.